Last week, Minnesota announced a major renovation plan was approved by the Board of Regents for Maturi Pavilion. 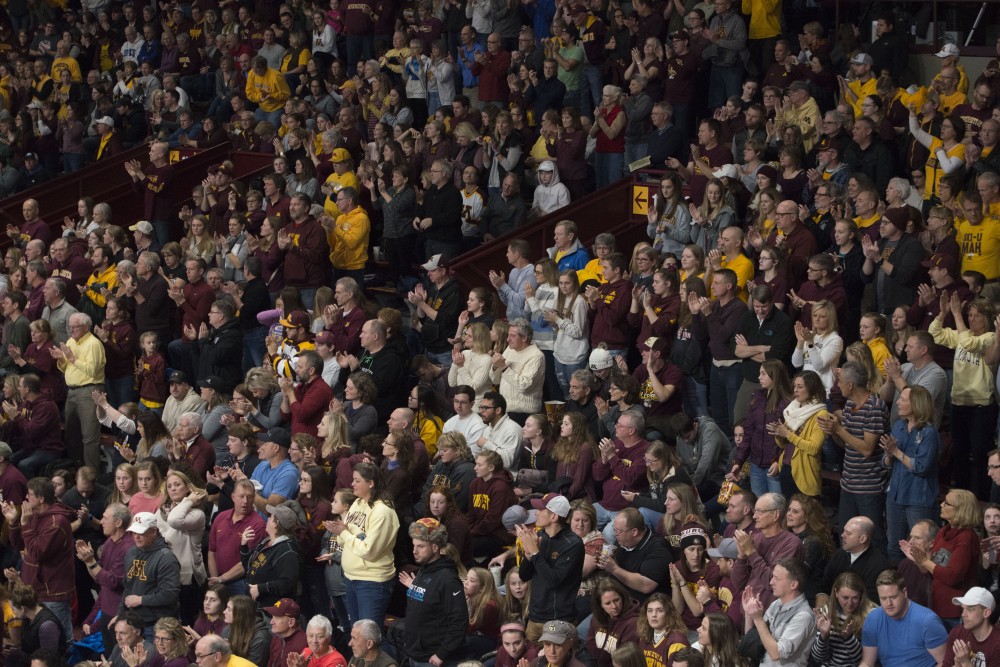 Fans cheer on Gopher volleyball on Dec. 1, 2018 at Maturi Pavilion in Minneapolis.

After being renamed in 2017, Maturi Pavilion is in for more significant changes this summer.

University of Minnesota Athletics recently announced that a major renovation project to Maturi Pavilion had been approved by University of Minnesota’s Board of Regents. The Gophers’ volleyball team will be the primary beneficiaries of these upgrades, but fans and other sports teams will also reap some of the benefits.

“It’s great to be at an institution where the sport matters, and to be in a community and state where the sport is embraced as such a great level,” head coach Hugh McCutcheon said. “We feel fortunate to have this support and obviously [the University is] prepared to help us out with this huge project. … It’s a big deal.”

There are various factors driving the project forward, but the main reason was making sure the student-athletes can perform at the highest level possible.

“The driver for this upgrade is about making sure our current student-athletes have access to everything they need to become the best they can be,” McCutcheon said.

The major changes coming to the east end of Maturi Pavilion will bring a fully remodeled 9,000 square-foot advanced venue that will allow the athletes and coaches to have all the necessities within a few steps of the venues playing court.

A strength training area, athletic medicine area, nutrition station and a few hydrotherapy pools will be added to the Gophers’ home venue, which should benefit the athletes’ pregame and recovery periods. For the coaches, office spaces and meeting rooms will be added on the second level of the arena.

These upgrades will bring a unique experience to the University that no other volleyball team in the Big Ten has, McCutcheon said.

“There are a lot of good facilities in the Big Ten, but I don’t know if anything is as geared towards the athletes’ performance as this,” McCutcheon said. He added although the main focus of these upgrades are for the current athletes, they could possibly be used to recruit new athletes.

Although the volleyball team is reaping a majority of the benefits, other Gophers teams like the wrestling and gymnastics programs will be able to use the upgraded locker rooms on game day. For the Minnesota fans, the club room that holds 48 premium seats for events is also getting remodeled.

Everyone, including the fans, will gain the benefit of air conditioning in the arena, which should help early fall matches. Last August, a match scheduled against Kansas State was canceled due to extreme heat outside and in the arena.

Construction has already begun and is scheduled to be concluded by Aug. 31, which is just prior to the start of the 2019-20 volleyball season.

“We are so fortunate to be at Minnesota where our sport has such great support,” Hart told Gophers Sports.