Minneapolis’ cream of the crop 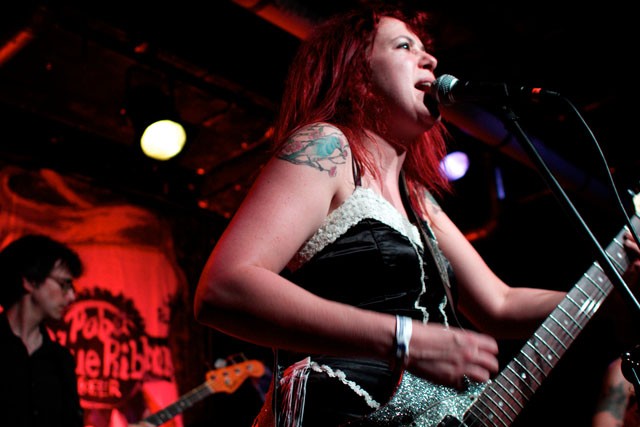 WHAT: Phantom Tails, Pink Mink, The Goondas, others

If thereâÄôs any certainty in this cruel, cruel world, itâÄôs that the Twin Cities sure know how to make a lot of noise. While the variety of local venues and sounds are surely a delight for any city-dwelling muso, not everyone has the time to keep up with the bustling pace of a scene that always seems to be delivering new acts.

Some of us have bills to pay, lawns to mow and plenty of bad habits to support, but fortunately First AvenueâÄôs Best New Bands of 2010 has the remedy for the out-of-touch working man.

Andrew LaValle of Radio KâÄôs âÄúOff the Record,âÄù whoâÄôll be co-hosting the show alongside The CurrentâÄôs Dave Campbell and Cities 97âÄôs Jason Nagel for the second year in a row, thinks the event is an ideal opportunity for people to get exposed to new acts all at once.

âÄúItâÄôs really great for people who donâÄôt go to a lot of local shows,âÄù LaValle said. âÄúItâÄôs like getting seven birds with one stone.âÄù

A&E gives you the lowdown on the most talked-about acts on this yearâÄôs bill.

There are barely a handful of bands that share the same level of talent and luck that Pink Mink is blessed with. Without even releasing a morsel of material, the girl-fronted punk quartet went from being local nobodies to earning the top spot on City PagesâÄô annual âÄúPicked to ClickâÄù in under a year.

But it only takes one live experience with the Mink to understand their meteoric rise to local fame. ItâÄôs glam-punk catharsis, chock full of infectious hooks, snarky attitude, blistering guitar solos and plenty of Twin Cities homage. Pink Mink is the most worthwhile act on the bill, and each show only heightens the anticipation for the groupâÄôs upcoming LP.

Grant Cutler and the Gorgeous Lords

Despite the sudden dissolution of the dance-pop duo LookBook, Grant Cutler kept his nose to the grindstone. While his latest creation may be a far cry from the digital glamour he built his reputation on, the group has inspired some inexplicable hype with the release of a single four-track EP. ItâÄôs a remarkable feat, but CutlerâÄôs self-described âÄúdrone popâÄù moves at the speed of a glacier and seems more concerned with atmospherics than melody. And CutlerâÄôs brooding Cohen-esque baritone does little to snap you back to life. Fortunately, the group will be opening the night, so itâÄôll be painless to avoid whatâÄôll be an inevitable snooze fest.

It might be easy to ignore the meat-and-potatoes garage rock of The Goondas if it werenâÄôt for lead singer Brenden Green. Like some deranged love child of Iggy Pop and Sid Vicious, Green writhes, spits and scoffs on stage, testing his bandmates and sometimes even the audienceâÄôs patience. Whether heâÄôs tightening a mic cord around his neck or climbing walls, Green is the local poster boy for irreverent showmanship. But The Goondas arenâÄôt necessarily just frivolous shock-rock for boozehounds. Each song sounds as raw and abrasive as the last, making Stooges comparisons deserved and unavoidable. Slated to wrap up the night, The Goondas are sure to cause (and possibly inspire) some mayhem.