A University of Minnesota neurologist and a team of four bring medicine to high-need inland areas in Puerto Rico. 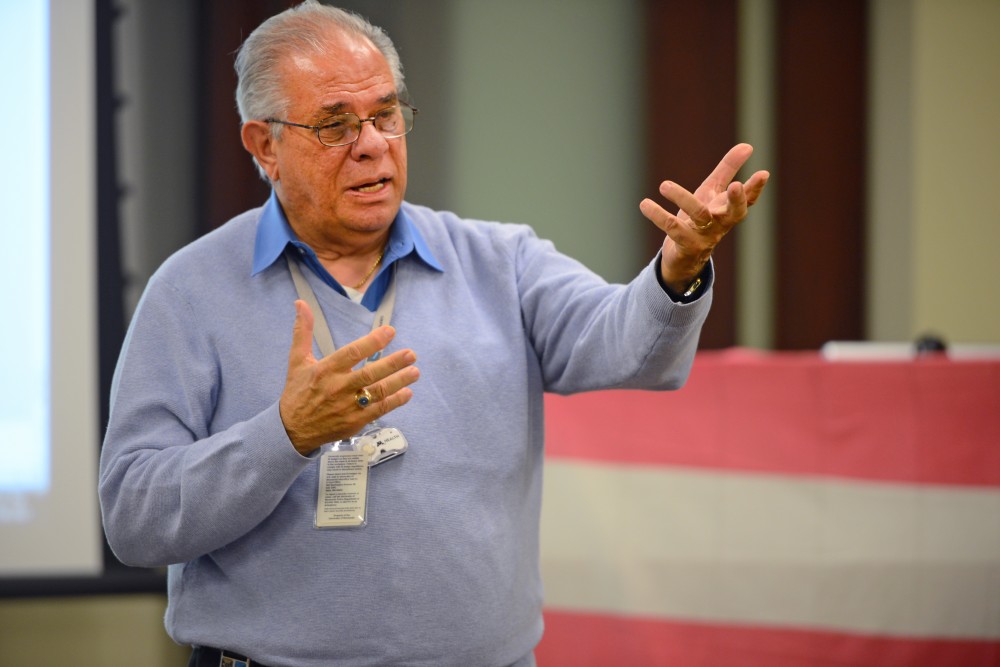 A Puerto Rican flag hangs on a wall in Dr. Miguel Fiol’s office at the University of Minnesota — a symbol of his home country and a reminder of his roots.

After seeing Hurricane Maria devastate his country first-hand, Fiol and a team of four doctors departed for Puerto Rico on Sunday to assist those affected.

Fiol volunteered in a convention center turned refugee center for days after the storm, while he was vacationing in his San Juan home.

The refugee center, which only had capacity for those without electricity and water, was forced to turn away patients with open wounds due to a lack of medical supplies.

“It was very hard to watch,” Fiol said.

Already aware of infectious disease and a few cases of cholera on the island, Fiol said he is primarily worried about the spread of water-borne illnesses.

“There were … emergencies who would come in, people with horrible infections and we had no antibiotics, diabetics were out of insulin,” Fiol said. “[We] had to scurry for some of those basics.” He began organizing to send medical supplies and a team days after he returned to Minnesota.

“When I came back I was totally impressed about the damage to my country,” Fiol said. “I got [to Minnesota]. I said, ‘Oh my God, I have to do something.’ So, we started a movement with other people in the area.”

The medical intervention team is named “Operation Buhiti,” after the word for doctor in the island’s indigenous Taíno language.

“I call it a hurricane of the poor,” Fiol said.

A group of around 10 individuals involved with the operation met on Oct. 16 on to discuss travel, funding and medication for the trip.

With a looming departure date, the group tried to plan for unforeseen challenges.

“You can have logistics set up here, but once you get there, it’s completely a mess… you can have trucks, but trucks can’t get through these roads,” said María Isa Pérez-Hedges, an organizer who was at the meeting.

Most medications will be distributed at the University of Puerto Rico Medical Center’s Pediatric Division, and the rest will be brought to inland areas.

The group plans to stay in Fiol’s San Juan apartment, which is still without electricity or running water.

Choosing the right medications based on the budget is an ongoing challenge for the initiative, said Pereira, adding that only 12 asthma inhalers cost about $2,500.

Asthma was already prevalent on the island before the storm because of water and mold, but worsened after the storm, Fiol said.

The original list of medications was over 100 items long, and now contains 30 after assessing priority, supply and budget, Pereira said.

“They’re asking for everything … but we have to kind of focus on what we have to give, and how can we make that go as far as possible,” Pereira said.

The doctors plan to tote around 10 boxes of medications themselves to assure they are delivered properly, another complication on the trip.

“Insulin … turns out to be, logistically, one of the harder meds to get down there because it’s liquid, fragile, needs to stay cold,” Pereira said.

Many physicians are concerned with medication supply after the hurricane. Puerto Rico produces around 50 percent of pharmaceuticals for the U.S., Fiol said.

“They’re asking for things that they don’t have, but we don’t have it because they’re not producing it,” Pereira said.

Fairview clinics will provide some of the medications for the trip, said Eduardo Medina, physician at Park Nicollet and part of the medical team that was present at the meeting.

“The bottom line is there are a lot of people working hard, but they are burning out. … We come as a relief,” Fiol said.