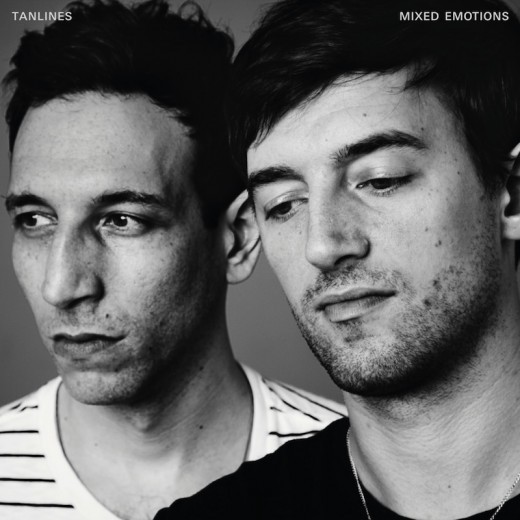 Jesse Cohen and Eric Emm began making music together four years ago. Their debut full-length has finally gotten them some spotlight.

Electronic pop is an over-saturated market by now. Technological advances in music production have made bedroom-project dream pop into a very attainable thing, with talent and inspiration sometimes not even factoring into the equation.

When many musicians are using and experimenting with the same sounds and techniques, knowing the difference between a decent song from a one-off artist and something rooted and truly impressive like Tanlines’ debut LP, “Mixed Emotions,” can be more difficult than it sounds.

Tanlines is the Brooklyn duo comprised of multi-instrumentalists Jesse Cohen and Eric Emm. Though they formed four years ago, releases up until now have been limited to singles, remixes and an EP.

The longer format clearly does not intimidate them. Over 11 songs, emotions remain mixed as the album claims they will, but musically it rarely wavers from focused and diverse dance-pop.

“For a minute I was lost,” Emm sings on “Real Life,” an album track that has been bouncing around the Internet since 2010. Tanlines spent some time without a direction or goal, but that has now come to an end. The combination of a sort of aimless experience without an extensive body of work and a seemingly newfound sense of purpose are what inform every song on “Mixed Emotions” and are also what makes them so good.

Percussion switches seamlessly between driven power-pop drums, dancehall beats and Caribbean hand drums. Melodies coming through synth, electric guitar and Emm’s potentially grave but usually friendly voice layer carefully so that each line can still be heard by the end when they are all in full swing. They always propel the song forward, even when atmospheric synth tones and rambling guitar try desperately to hold them back.

Even as elements of each song vary continuously, the sound is consistent throughout, and it is one that is independent and accessible at once. When the penultimate song “Cactus” finds Emm shouting “ay”s and “oh’s,” it is catchy enough to bring one of Coldplay’s better efforts to mind. Album opener “Brothers” has the speed and demeanor of an Air France composition, with a singer-songwriter thrown on top.

On that same song, Emm sings, “You’re just the same as you ever were.” Though not all the lyrics on “Mixed Emotions” have that accusatory tone, they do all match in their directness. So if the emotions aren’t mixed within a song, wait for the next. On “Not the Same,” he repeats: “Tell everyone / We haven’t changed / We’re not the same.” It’s probably the best example of a simple looking line that falls apart after a second look, as it is supposed to.

This might be tiresome if the lyrics weren’t grounded by the music that has so clearly been in development for years. The result of their long wait time before a debut has resulted in music that sounds easy for how infectious it is, but clearly anything as lush and agile as “Mixed Emotions” took more than a computer, keyboard, guitar and a few hours alone in a bedroom studio.

This can make for a fun backstory for a record: Precocious kid uses whatever’s around to blow away indie community. But there have been and will be plenty more of those. “Mixed Emotions” will have you rooting for the considerably more boring story of an experienced band that doesn’t rush and waits until it sounds just right.