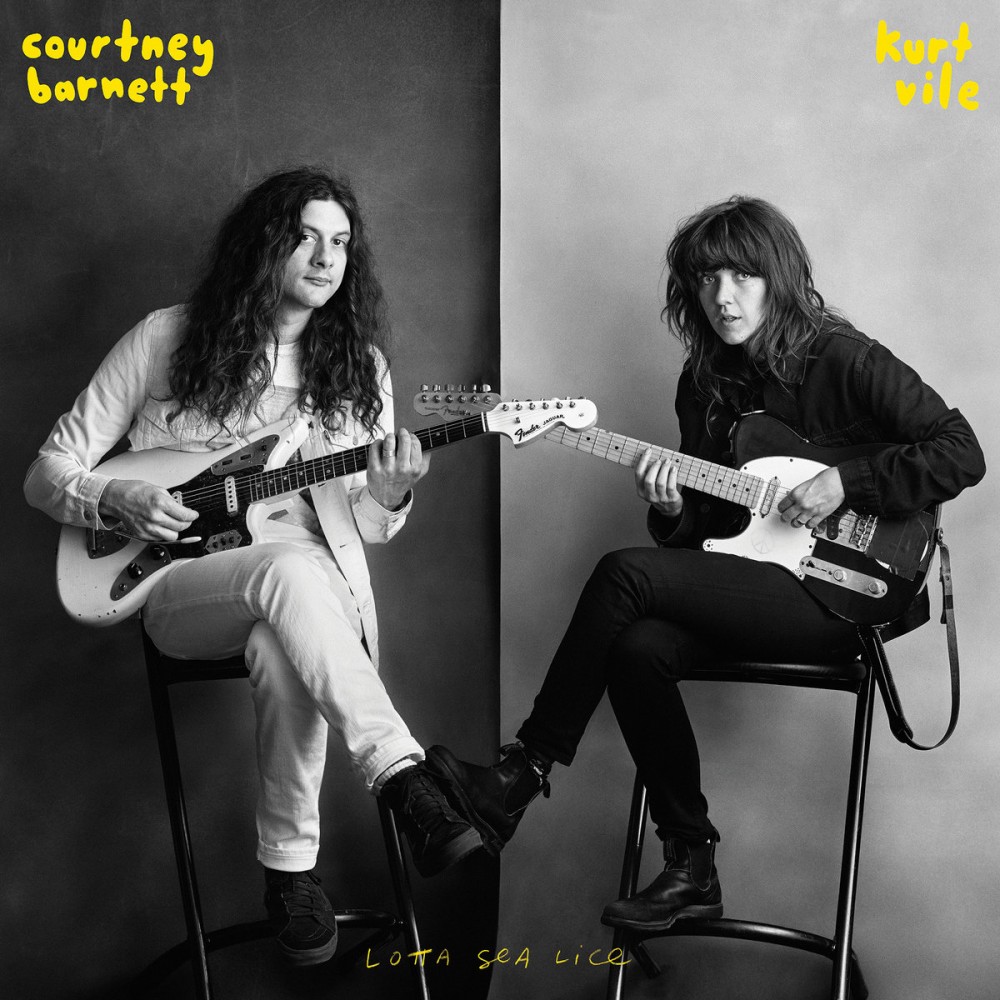 Barnett rocked the indie scene in 2015 with her debut album, “Sometimes I Sit and Think, and Sometimes I Just Sit.” It’s full of misfit characters in mundane situations, debating the value of buying organic apples or wondering about the lives of the people who once owned a house they’re touring.

Vile’s been affiliated with a handful of musical acts, most notably the band The War On Drugs.

His best-known song is “Pretty Pimpin,” whose repetitive melody makes it work best as catchy background music at a PTA lunch that’s trying to be edgy.

In “Lotta Sea Lice,” the whimsy feels a little out of touch, or maybe just out of date. It employs the self-expository narratives each artist uses in their own music, but it feels diluted here, like b-roll lyrics that didn’t work for their individual stuff.

It’s too sincere, lacking the gritty, uncomfortable hilarity of “Sometimes I Sit and Think.”

The album is missing Barnett’s awkward lyrical musings; in her own music, she stumbles over the weird ways she watches the world.

The folky self-conscious narration of Vile and Barnett’s respective solo music works best like that: solo. Their storytelling styles resonate alone because of the evident loneliness. Together their tunes feel too safe.

The backing band, after which the album is named, incorporates a grinding early ‘70s rock n’ roll guitar — think Led Zeppelin or Neil Young. That guitar seldom shows up in indie pop today, and it boosts their sound.

The track “Continental Breakfast” does have the sweetness of pastries and good company on a sunny morning. The opening riff and soft percussion, with the aid of Vile’s bluesy voice, draw you in and make your toes tap involuntarily.

But the overall tone is somewhat dulled by the mid-range that the band, vocals and lyrics all hang within. Their nasal Dylan-esque duet starts to grate after a few verses.

The album would almost work better as an instrumental — the strongest thread throughout is the plucky electric guitar, which sounds as though it’s craning its neck to examine the space around it. Barnett and Vile, meanwhile, sing like they’re staring at the same fixed point off in the distance.

The way the album plays out, it sounds as though they made it more because they like one another’s music and wanted to jam than because they felt compelled to push the boundaries of indie rock. And that’s okay, it just doesn’t make for an exciting album.

The duo will play “Lotta Sea Lice” at the Palace Theatre in Saint Paul on Oct. 25. It’s sold out, but unless you’re a huge fan of both artists, you’d probably miss the energy of their individual music anyways.