The newest Office of the Publisher members have been selected. 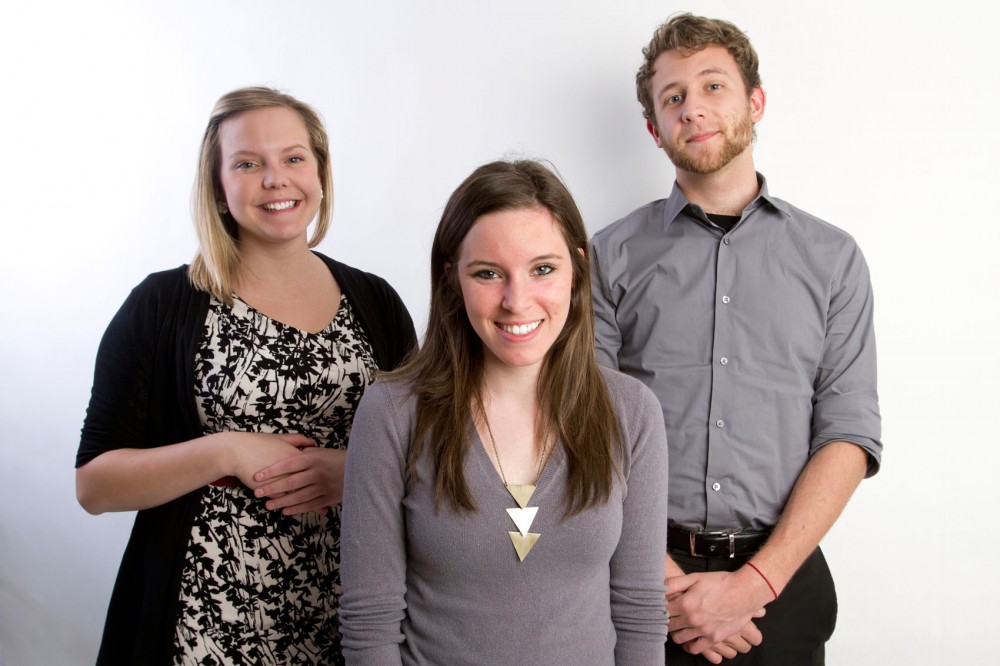 The Minnesota Daily’s Board of Directors  officially selected the new Office of the Publisher  members for 2012-13.

Nathan Moen, Cali Owings  and Morgan Hay-Chapman  will take over running the Daily starting in May, the board announced March 30.

Moen, who will take over as business operations officer, started at the Daily in October 2010 as a financial analyst.

He said he was surprised and relieved when he heard of the board’s decision. While the position is usually filled by candidates with a sales management background, Moen is a junior accounting major.

One of his biggest challenges will be building marketing skills in order to manage the position effectively, Moen said. But he is looking forward to having more responsibility, fun and being at the Daily every day.

Owings, an associate editor who will take over as the editor in chief, will manage all editorial content including news, sports, arts and entertainment, multimedia, opinions and paper production.

Owings joined the Daily staff for the first time as an intern in the spring of her freshman year and has been a member of the newsroom since. She is a junior majoring in journalism and studies in cinema and media culture. She has had her sights set on the position since fall of 2011.

“I thought I had a lot of good ideas,” she said.

Owings said she is excited to learn new departments and oversee the entire process of putting out a paper. She hopes to improve readership, as well as staff training and leadership within the editorial departments.

The Daily’s incoming president, Hay-Chapman, is a junior majoring in public relations. She thinks her background in both journalism and business will give her a unique perspective in the position.

Starting at the Daily in August 2010, Hay-Chapman has held three different jobs within the human resources department at the Daily.

She realized halfway through her first year that it would be a natural progression from customer service representative to president.

One of her main focuses next year will be managing the Daily’s student fees application process, which she said has been a struggle this year. She said she is excited to run the Daily and make her ideas happen.

The preparation for applying to the position didn’t prepare her for the excitement and shock of the approval, Hay-Chapman said.

“It was still a big moment realizing that I would get to help lead the best student newspaper in the country.”