The officer was spit on by an 18-year-old male who was reportedly drunk, loud and belligerent. 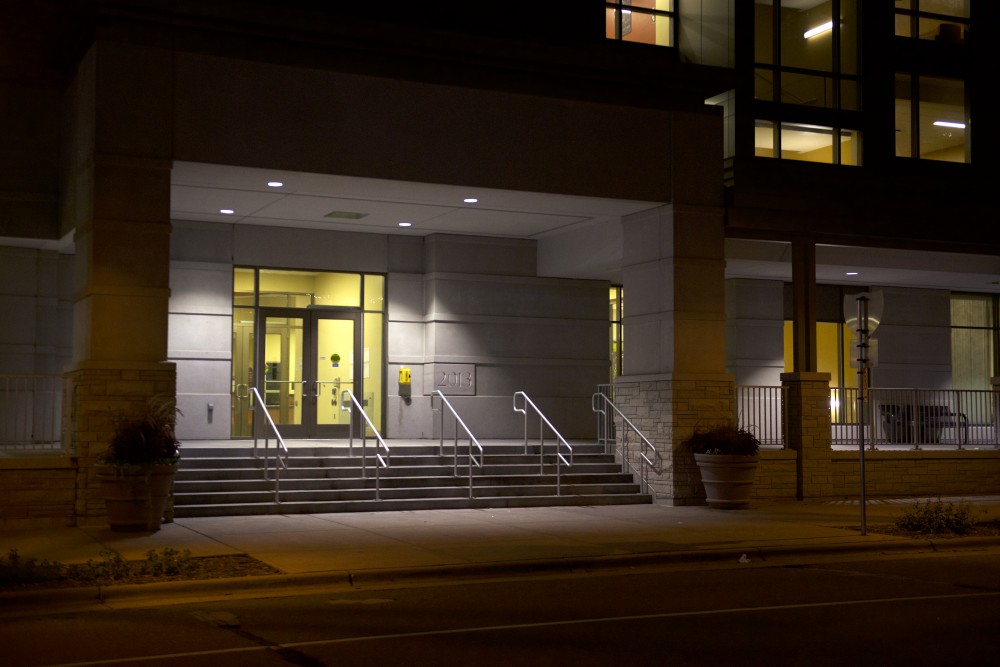 The main entrance to the 17th Avenue Residence Hall as seen Tuesday night.

The University of Minnesota Police Department logged another relatively quiet week of crime since Oct. 3.

Campus police officers responded to incidents of assault, a hit-and-run and trespassing while patrolling the area.

A UMPD officer reported being assaulted while responding to a report at the 17th Avenue Residence Hall on Oct. 8. Officers were initially called to respond to a report of a drunk 18-year-old male being loud and belligerent at the dorm around 5:36 a.m. While being escorted out of the building, the man spit on the arm of one of the officers as they attempted to put him on a stretcher.

“Charges are pending against that student,” said UMPD Lieutenant Chuck Miner. “Investigations are currently pending on the assault of that officer.”

A University student reported being struck by a vehicle on 16th Avenue SE on Oct. 4. UMPD responded to the report around 2:34 p.m. The victim was not injured, and the suspect fled the scene.

On Oct. 7, Minneapolis Police Department officers responded to a domestic assault outside an address on 5th Avenue Southeast around 4:45 a.m. The victim had minor facial injuries but refused medical treatment. The arrestee was taken into custody.

Miner said it’s not uncommon for certain crimes, like bike thefts, to fall on campus as temperatures drop.

“The colder it gets outside, some of the crime starts to move inside,” he said.