Minnesota will face No. 6 Purdue in Saturday's semifinals. 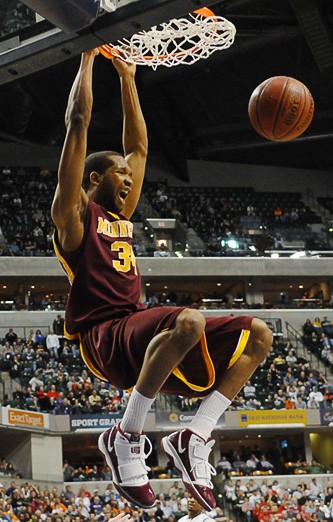 Minnesota forward Damian Johnson dunks the ball late in the second half of the Gophers' overtime upset of Michigan State on Friday night.