The University’s Jazz Festival is scatting into campus 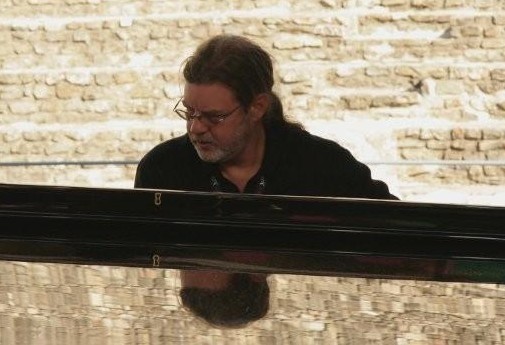 University of Minnesota 2009 Jazz Festival WHEN: Mar. 6 – 7, 2009 WHERE: University of Minnesota School of Music TICKETS: Free WHAT: The Frank Kimbrough Trio and Frank Kimbrough with The U of M Jazz Ensemble I WHEN: Friday, Mar. 6 7:30 p.m. and Saturday Mar. 7 7:30 p.m. WHERE: Friday: Lloyd Ultan Recital Hall Saturday: Ted Mann Concert Hall TICKETS: Free ItâÄôs a well known physical law that jazz breaks the glass on the cool-o-meter. If music in general were a pumpkin pie, jazz would undoubtedly have to be the Cool Whip. Cosby knew it; the French still know it and the UniversityâÄôs School of Music definitely knows it. Tomorrow, the U will begin its celebrated jazz festival, wherein oodles of music students can showcase their achievements while learning a thing or two as well. During the two-day event, visiting school groups will display their chops by performing twenty-minute sets for each other as well as for expert clinicians, who later provide feedback on their performances. According to sophomore Jason Fabus, a music major, the clinicsâÄô main aim is to, âÄúshow younger pupils how the music school works and to get them excited for music school as a possibilityâÄ¦ but pretty much anybody can learn something being there.âÄù In their off time between clinics, the students will hopefully practice the other more subtle aspects of their transformation into jazz musicians, like leaning on brick walls, smoking, being mysterious and acting disinterested in things. However, Fabus argues that, due to the UniversityâÄôs emphasis on classical music, most musicians are, âÄústill living the classical lifestyle you know, practicing every day and stuff.âÄù The festival will close each night with a free concert featuring guest pianist and Yoda-esque presence in the scene Frank Kimbrough. His trio will play Friday evening, while SaturdayâÄôs events will showcase the esteemed Juilliard professor as he is joined by the University of Minnesota School of MusicâÄôs Jazz Ensemble I. Fabus, who is primarily a saxophonist in the program, is most excited for that aspect of the festival. âÄúThey always have a really good guest who performs one night and then does a clinic. Hopefully I will sit in and listen to that.âÄù Luckily, the guest this year is, in fact, âÄúreally good.âÄù In the world of KimbroughâÄôs sparse jazz music, it is probably always raining, in black and white, and hitting nighttime; restaurants all look like Edward Hopper paintings and people dress in film noir and pulp novel-inspired dinner attire. âÄúTime Out MagazineâÄù of New York didnâÄôt name his 2006 Merkin hall concert one of the best shows of the year for no reason. DonâÄôt be surprised if cravings for Cool Whip follow.