Northrop is looking for student volunteers and interns for the NFL awards show in February. 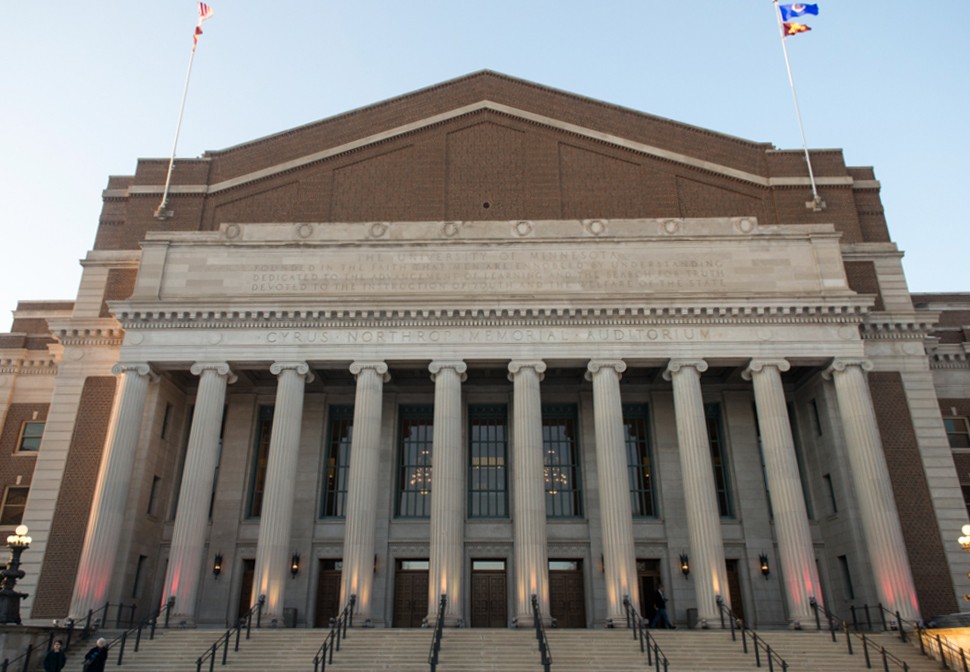 The Super Bowl is coming to Minneapolis in February and an awards show to honor NFL players is coming to campus the day before.

Northrop Auditorium on East Bank will host the seventh-annual NFL Honors, the auditorium announced Monday. The show is dedicated to the league’s players and moments from the most recent NFL season. NBC will air the show on Saturday, Feb. 3 at 8 p.m. while the event will happen earlier in the day.

The show has opened up applications for volunteer and intern positions during the event, specifically for students at the University. Students must be full time to apply. Applications are due Dec. 15 at noon.

The event takes a week to prepare, which means many positions require multiple days of work.

The 52nd Super Bowl will take place at U.S. Bank Stadium in Minneapolis on Sunday, Feb. 4. It is the first Super Bowl in Minnesota since 1992.