Trish Palermo will lead MSA next year. Rachel Cardwell will be PSG's president and Lauren Mitchell will lead COGS. 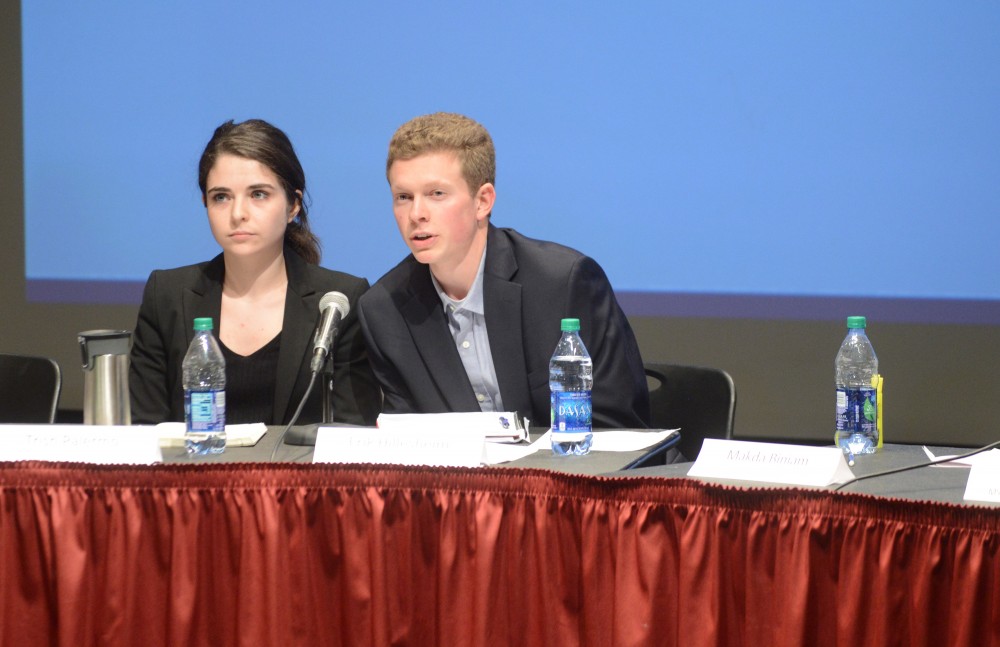 New leaders for the three University of Minnesota’s student government bodies were announced Sunday after votes from last week’s election were counted.

MSA presidential candidates Matt Snow and Charlie Parker were eliminated in previous rounds of the vote.

“Thank you to all of you for believing in the change we want to make on our campus. We promise to work our hardest to make you all proud. Today we celebrate; tomorrow we get to work,” Palermo and Hillesheim said in a statement posted on the duo’s Facebook campaign page.

Palermo, a political science junior, currently serves as chair of the Student Senate.

Hillesheim is a marketing junior and is president of the professional business fraternity, Delta Sigma Pi – Alpha Epsilon Chapter.

They ran on a platform that included pushing for food quality in University dining halls, implementing additional Title IX training for faculty and staff, adding advocate positions at the Aurora Center and holding campus-area landlords accountable.

In PSG’s election, Cardwell beat Matt Berg, a first-year public affairs graduate student with over 55 percent of the vote.

Cardwell is currently the president of the University’s Federal Bar Association and has previously said her experience in law will help her advocate for PSG.

Mitchell received 98 percent of the votes in COGS’ election.

Mitchell has previously said she wants to help members of COGS feel comfortable saying ‘no’ to things to help reduce burnout, while focusing on perennial graduate student problems like student-adviser relationships.

Voter turnout for COGS and PSG sharply declined this year.