A&E chats with a University professor who applied his skills, experience in the newest Coen Bros. film 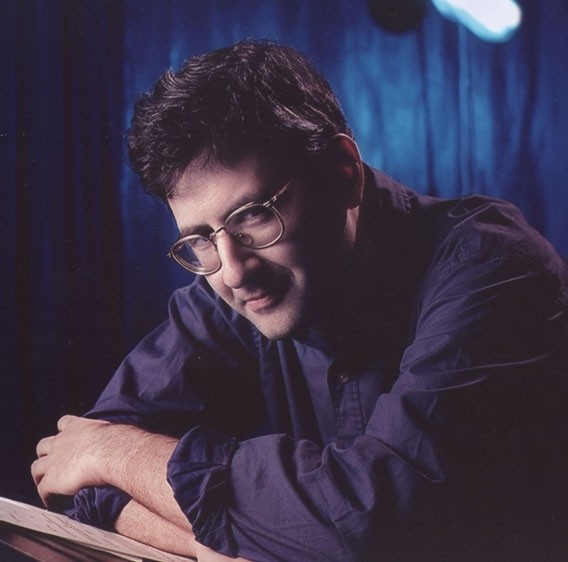 Almost a decade ago, senior German lecturer Ari Hoptman was an extra on the set of the classic Minnesotan TV show âÄúMystery Science Theater 3000. âÄú As he modestly describes it, his role was âÄútaking a pancake off of someoneâÄôs plate for one and a half seconds.âÄù Now, Hoptman has landed a part in what might be the next classic in Minnesotan cinematography: the Coen brothersâÄô new film, âÄúA Serious Man. âÄú Hoptman plays a tenure committee chair named Arlen Finkle whose job is to evaluate the application of the main character, physics professor Larry Gopnik (Michael Stuhlbarg). His character is one of many offering only confusing information to Gopnik, who slowly sees his life unraveling before him. The film has received mixed reviews, partially because of its unique structure and unresolved ending, which can be seen as either brilliant or frustrating. A&E chatted with Hoptman by phone about the switch from the chalkboard to the silver screen. The Coen brothers are known for their brand of dark humor, but this movie seems particularly dark. It is. ItâÄôs about a man who is plagued by all kinds of problems, and there doesnâÄôt seem to be any solution in sight. So, in some ways itâÄôs kind of depressing, but there is some interesting philosophy mixed in and interesting theology âÄî but even that doesnâÄôt seem to comfort the main character enough. The main character is a survivor, but you certainly donâÄôt envy his position. How did you hear about this part? I have a couple of friends who are in âÄî well, how should I put it? Not quite in the industry, but who are associated, and they were kind of the first to hear about it, and they immediately started trying to get me to put my name in and get my photo and rÃ©sumÃ© in. I had a couple of people around me who really pushed me to do this. They kept me up to date. Had you done anything like this before? I had never done anything on this scale. IâÄôve been in a couple of local independent films, but IâÄôve never done anything of this scope before. And everyone on the set treated me very well. People worked hard, but they were friendly. It was a very positive atmosphere, and it was surprising in that I thought people would be too busy to engage with me, but everyone I talked to was very friendly. Did your background in academia help you prepare for your part? Oh, I think so, yes. In every department of the University there are committees with privileged information and things that youâÄôre not allowed to share and things that you want to share but are maybe not allowed to âÄ¦ Teaching is a lot like acting, too, because you have to think about how you are addressing your audience. Have any students seen the movie yet? I think a couple have. We havenâÄôt really talked about it. Some students in other classes have talked about it, but I usually try to keep my academic world and my theater world separate so people will find out that I am doing certain things. I was doing a show at the Bryant-Lake Bowl and they had a poster with a big picture of me, which was kind of hard to hide so I had a couple of students say, âÄúI was at the Bryant-Lake Bowl, and was that you?âÄù âÄúYeah that was meâÄ¦âÄù Will there be more movies filmed in Minnesota after this one? I hope so. I think maybe the Coens have cornered the market on, letâÄôs say, Minnesota personas, but I hope the movie will inspire movies of different kinds to be made here, so people will say, âÄúHey, Minnesota is a good place to make movies.âÄù There have been movies filmed here recently, but I hope there will be many more.