Life after MSA: Inside the many careers of former UMN student body presidents

In their position, former MSA presidents have professionally developed themselves and networked into post-collegiate careers. 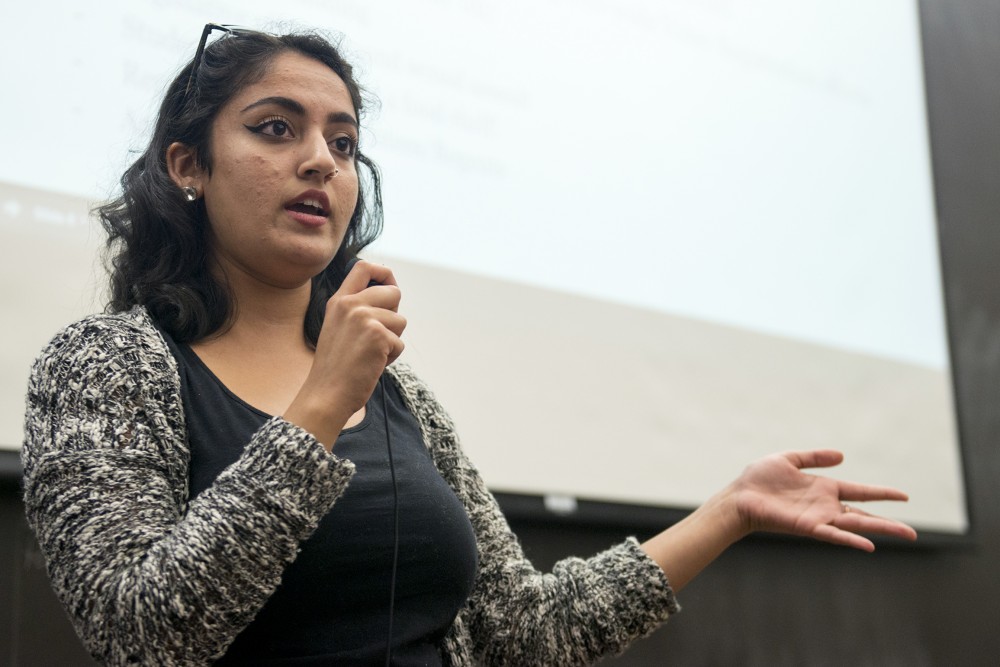 Former Minnesota Student Association presidents have often used the position as a springboard into post-college careers.

While some former presidents used networking in MSA as a catalyst to a future career, others spoke of growing their professional skill sets within student government.

From advocating for civil rights in the courtroom to managing political campaigns to kick-starting genetic research companies, the University of Minnesota’s student government has opened avenues to its members beyond the public sector. They said the organization was instrumental not only in helping them make connections, but also by shaping their interests and developing their character.

Abeer Syedah, MSA president from 2016-17, said connections she made during her time in MSA have stayed strong after graduation.

Now Director of Equity and Inclusion for Students United, a nonprofit student advocacy organization for the Minnesota State system, Syedah met many of her coworkers in her time as the University’s student body president.

“It’s great to be able to make those connections in student government and then end up working side-by-side with those same people when you graduate,” she said.

Projects the two groups work on often overlap as well.

The Minnesota State system is working to adopt an affirmative consent policy based on the work Syedah did on the same topic at the University, she said.

Mike Schmit, MSA president from 2013-14, landed a job as a consultant for McKinsey & Company, and said networking from MSA played a part.

He said his connection to former MSA president, Lizzy Shay, who also worked there, helped him find a place at the company.

What they do now

For Ben Bowman, MSA president from 1999-2000, holding a leadership position in MSA meant consistent dealings with the University and other complex institutions — which he found invaluable after graduation.

“MSA doesn’t have any innate authority to do anything,” he said. “It all depends on the power of persuasion. That power is something you’ll always have to use in life.”

Schmidt is currently in the process of kick-starting an environmentally-focused agriculture technology business, which aims to help large dairy farms improve their sustainability, animal friendliness and bottom line.

Being president of the University’s student government also taught Schmidt how to manage with tact, he said.

MSA was a good chance to work with a diverse group of people with different opinions while trying to find common ground, said former MSA president Ashwin Madia.

“In spite of how strongly people held their beliefs, we did a good job of disagreeing without being disagreeable,” he said. “I genuinely wish there was more of that in politics on the state and national level.”

After his MSA tenure and graduating law school, Madia joined the Marine Corps and helped the U.S. State Department and Iraqi officials establish a rule of law in Iraq. After an unsuccessful bid for Congress, Madia started a civil rights law firm in Minneapolis.

Others continued into political careers or startups.

Stangler now works as campaign manager for progressive mayoral candidate Raymond Dehn, who has gained an active student following on campus, thanks in part to her efforts and connections.

George Abdallah, MSA’s current local government and legislative affairs coordinator, said his work in student government is preparing him for a career in the public sector.

Abdallah said he wants to be either a juvenile attorney or a city planner after graduation, and MSA is giving him the necessary skills.

“I’ve got city planners’ numbers in my phone right now,” he said. “I meet with them constantly to vouch for students.”

“You’re constantly involved in conversations around systemic problems and working with a diverse group of voices to try to solve those problems,” he said.

Since joining MSA, Hillesheim said he’s met hundreds of other student government representatives from around the country to have conversations about national student issues.

“You get a ton of exposure, both here at the [University] and on a national level,” he said.