Column: When a ‘dialogue’ is nothing but lip service

The Yudof Hall bulletin board that went viral last week led to more promises of conversations but few results. 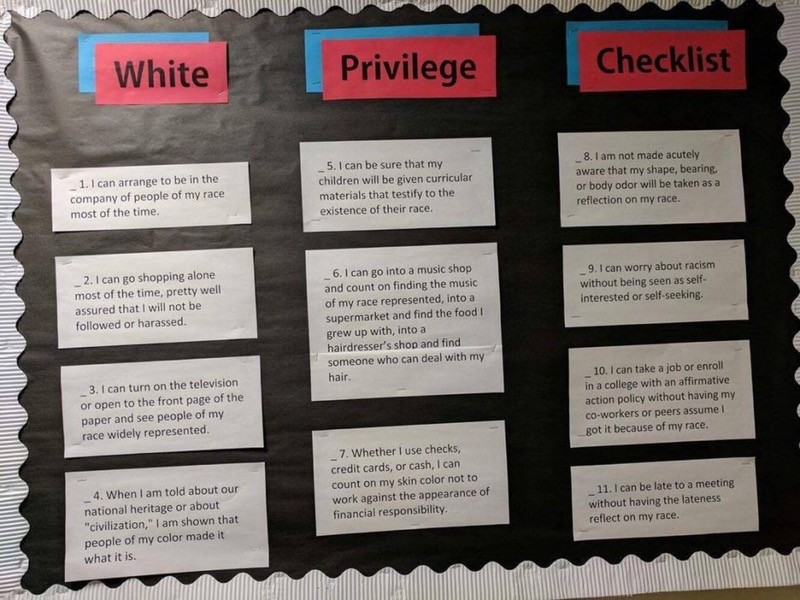 Last week, a bulletin board containing a “white privilege checklist” was posted in Mark G. Yudof Hall, and the events that followed played out exactly as you’d expect. Conservative news outlets jumped at the opportunity to show how out of control liberal institutions have become and feigned discrimination in the process. Meanwhile, left-leaning outlets used the story to make light of how conservatives will dismiss liberals as “snowflakes” but exhibit the same trigger-able tendencies.

In the end, it was just another few days wasted on the Internet.

Evan Christenson, the student who initially documented the bulletin board, told WCCO he thinks the board simplifies a complex issue, adding, “I will continue my dialogue with white and non-white members of the surrounding community about this complex issue and how we can continue moving forward.”

Setting aside the fact that Christenson admittedly doesn’t believe in white privilege in the first place, if he was truly looking to continue a dialogue, as he stated, then why did he take his thoughts to a platform with as narrow a worldview as the one he believes he’s refuting?

Do I think a “white privilege checklist” will convert those who don’t already accept the concept? No. But Christenson’s actions only hardened people’s existing beliefs on the topic, whether that was his stated intent or not.

I disagree with Christenson, but if he says he’s looking to have a conversation, I urge him to follow through.

It’s time we stop giving lip service to having a dialogue because it’s all too easy to ‘keep the conversation going’ when our actions don’t agree with our words.