Oto Osenieks has started every game and recently scored a career high. 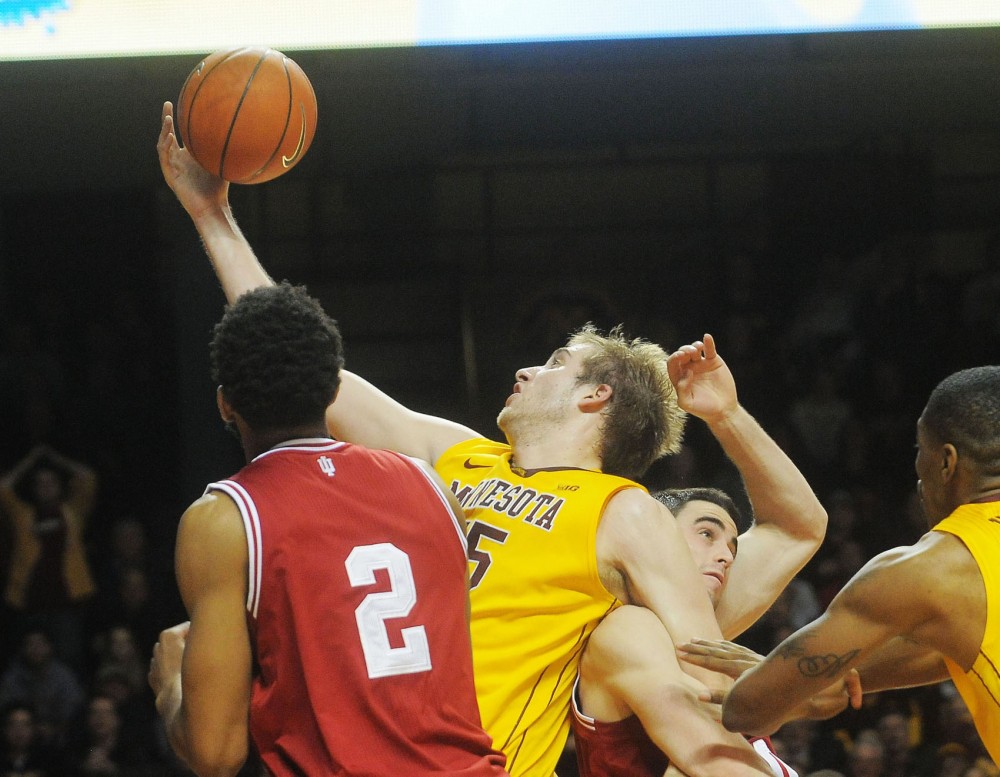 Oto Osenieks has improved many facets of his game this season.

The junior forward’s shooting and rebounding numbers are both up, and he’s played better on the defensive end.

But perhaps the biggest and most important improvement has been in his confidence.

Osenieks has seen plenty of the court early this season. He has started all four games and is averaging 23.3 minutes per contest for the Gophers.

“It gave me a lot of confidence,” he said of his starting role. “[I’m] just believing in my strengths more.”

And he’s turning his minutes and newfound confidence into results. Osenieks has averaged 9.0 points and 4.8 rebounds through four games this season. He scored a career-high 13 points in the Gophers’ 82-72 win over Coastal Carolina on Tuesday.

It was tough to declare what Osenieks’ exact strengths were last season. He was deemed a three-point threat but couldn’t hit shots. He shot an abysmal 7.7 percent from beyond the arc, connecting on just 2 of 26 three-point attempts.

“I couldn’t find my strengths on the court in [former-head coach Tubby Smith’s] system,” Osenieks said. “I couldn’t adjust myself.”

Osenieks said he knew he was capable of more because he’d played well in the past for the Latvian national team.

Pitino’s arrival in April might have been what Osenieks needed to turn it around.

He’s 5-for-12 from long range this season and is contributing in all areas of the stat sheet.

“I just feel better as a player under coach Pitino,” Osenieks said. “This is the year I feel like I can really show my game finally and just play freely and help the team.”

The Gophers will need his continued production amid a thin front court that’s only getting thinner.

Minnesota junior center Mo Walker was suspended for the first six games of the season after violating University policy, and sophomore forward Joey King will miss Thursday’s game against Wofford due to a fractured jaw.

“I definitely have got a bigger role this year.” Osenieks said before the season. “I’m ready to step up.”