How do you hold a film festival in a school with no film majors? The results are diverse and often surprising. 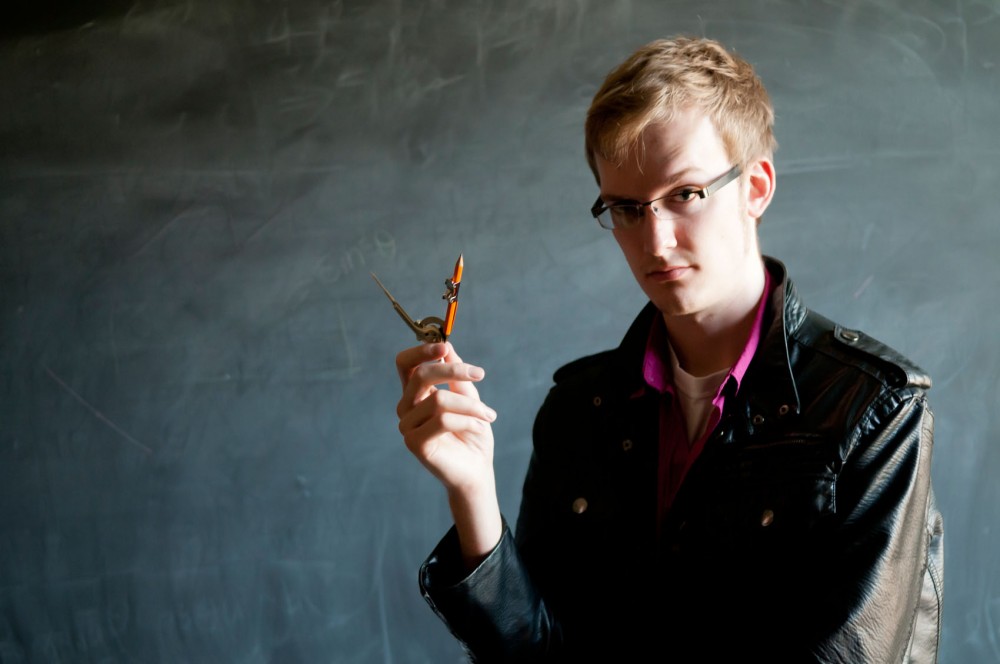 Nathan Hastings, a freshman in communication studies and studies in cinema and media culture, wrote and directed a film submission for the upcoming University of Minnesota Student Film Festival titled "Paper Caper."

This weekend, 24 films will screen in the Coffman Union Theater as part of the Student Film Festival. All of the short films were written, directed or edited by University of Minnesota students, but none of them are studying film, at least not technically.

The University offers many film production classes through the communications, cultural studies and theater departments, as well as screenwriting courses, but they’re not folded into a specific major. Students interested in filmmaking instead couple these production courses with another major, seeking out the knowledge they need to produce work on par with a film student.

“My undergraduate degree is in film production,” said Peter Gregg, a communications instructor at the University and faculty judge at the festival. “When I look at the overall quality of the work [at the fest] it’s not really that much different than what we did.”

Hans Peterson, who advises the Gophers After Dark student board, said they try to make the festival as diverse and accessible as possible by offering a variety of awards voted on by judges, the audience and the board, which screens all of the submissions.

Helena Osswald, a junior theater major with an interest in film, submitted the first four minutes of a television pilot she shot as part of her electronic media production class. The pilot is a dramatic comedy inspired by the legend of Faust. Osswald allows her theater experience to show through while enjoying the new storytelling possibilities film provides.

Physics sophomore Joe Marino also allows his studies to inform his filmmaking by paying careful attention to the way light moves through the images he captures.

“There’s a lot of crossover between film and physics. People give me strange looks when I tell them that I’m into film,” he said. “But they’re both just trying to represent the world, one though equations and the other though pictures.”

Marino’s “Night Lights” is a music video that layers images of the Mill City Museum’s “GOLD MEDAL FLOUR” sign and the lights under the Interstate 35W St. Anthony Falls Bridge. He hopes to someday apply his physics knowledge to a job in computer animation.

One of this year’s judges is recent University graduate Steven George. His entries to the festival were voted audience favorite for all four years he attended the University, and his film “Finals or: How I Learned to Stop Worrying and Love Adderall,” swept last year, taking the judges’ favorite award as well as the award for best special effects. George said that screening a film at the festival is educational for these young filmmakers in a way that can be lost when they’re self-taught.

“The best part of the festival is hearing a larger audience react to your movie,” he said. “It taught me about trying to make a film for an audience instead of just myself.”

Nathan Hastings, a freshman double majoring in communication and studies in cinema and media culture, learned that lesson last year as a PSEO student when his film, a crime thriller by way of Rian Johnson‘s “Brick,” was mistaken for a parody. The 20-minute film he’s submitting this year is much more conscious of his audience and rooted in student life. He shot it at Middlebrook Hall, using his neighbors in the dorm.

“I can really attack and put everything I have into it without worrying so much about class requirements,” he said.

Because the aspiring filmmakers at the University are so scattered, Marino said he hopes this year’s fest will bring students who love film together and even foster future collaboration.

“There’s usually a pretty good showing for the student film festival, considering we don’t have a film major,” he said. “I find it really encouraging.”tont