The senior forward and captain scored twice in less than three minutes to give Minnesota a lasting lead. 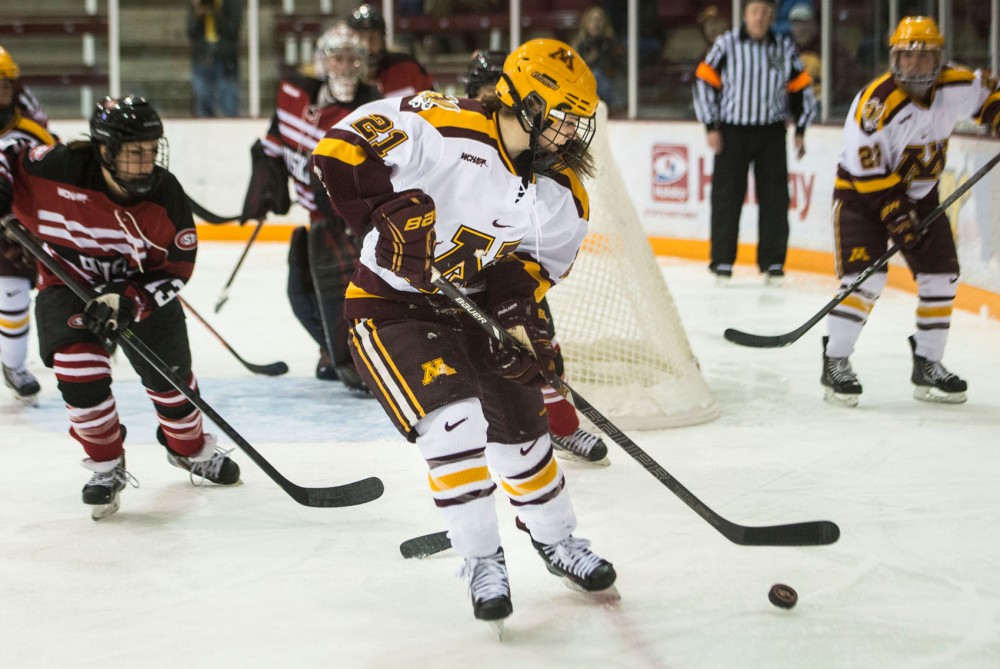 Gophers forward Dani Cameranesi handles the puck during the first period of their game against St. Cloud on Friday evening at Ridder Arena.

Senior forward Dani Cameranesi proved to be the hero for Minnesota in its first away game of the season against the Bemidji State Beavers.

The Gophers were in trouble early in the third period as Bemidji State scored the first goal of the game on a 5-on-3 advantage with 14 minutes left.

Captain Cameranesi stepped up to strike first for Minnesota just 2:05 later to tie the score, and then scored another goal just over halfway through the period to put the Gophers up 2-1.

Another goal from junior forward Caitlin Reilly then ensured a 3-1 victory, Minnesota’s first of the brand new WCHA season.

Junior forward Kelly Pannek made an impact on the scoresheet along with Cameranesi and Reilly as she notched two assists.

Redshirt junior Sidney Peters made 16 saves in net for Minnesota.

The Gophers will take on Bemidji State again tomorrow at 3 p.m.