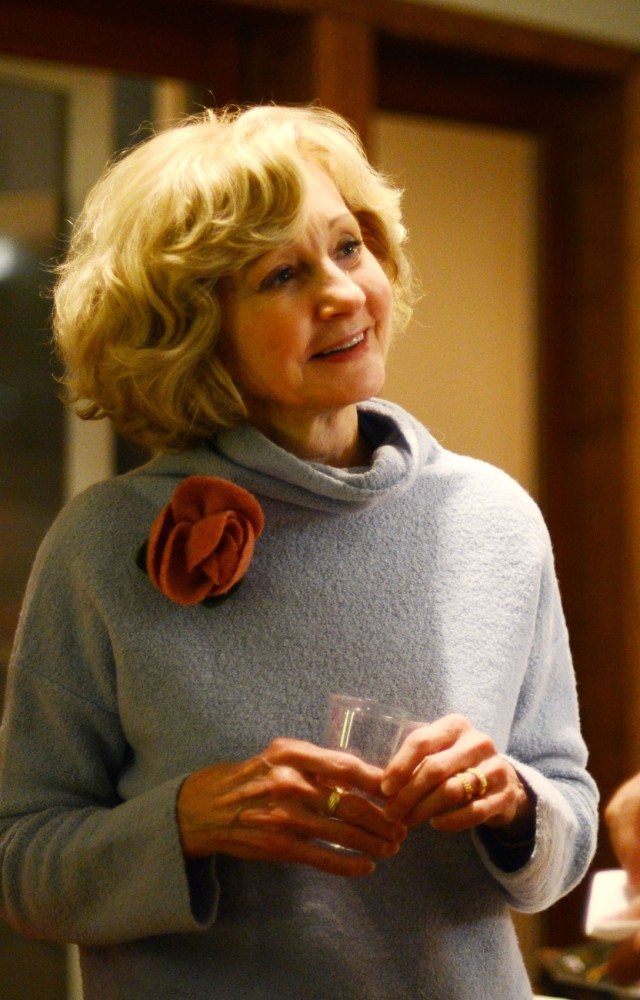 Minneapolis city council ward 3 incumbent Diane Hofstede speaks to her party guests about her loss to Jacob Frey and what's next for her in Northeast Minneapolis on Tuesday, Nov. 5, 2013.

City Council members who lost in the Nov. 5 election have unfinished business before cleaning out their offices in City Hall, including priming newcomers and finalizing projects.

Outgoing council members Don Samuels, Diane Hofstede, Robert Lilligren and Meg Tuthill lost their seats after a combined 32 years on the City Council. Their terms will expire next year.

Tuthill declined an interview through a spokesperson.

Candidates could only run for one city office in the election, a rule that led Samuels to give up his council seat in a bid for mayor.

“I think the opportunities that come with the mayor’s office were significant enough that it was worth risking that seat,” said Samuels, who has represented Ward 5 since 2003. “I think I’ve done enough there to hand the reins over to someone else.”

In a pool of 35 mayoral candidates, Samuels received the third-most votes, trailing mayor-elect and fellow council member Betsy Hodges as well as Mark Andrew, who conceded.

Samuels said he plans to meet with Yang in the coming weeks to share information about projects he’s led and outline his priorities for the ward, which encompasses seven northeast Minneapolis neighborhoods.

Though he’s leaving the position, making an impact on the ward will always be important, Samuels said.

He has no plans now to run for another political office, he said, and he is unsure about what he’ll do specifically once his term expires.

“I am open to just about anything that will allow me to make a contribution to the community,” Samuels said.

Diane Hofstede, who has represented the ward that includes parts of the University of Minnesota, Marcy-Holmes, Dinkytown and downtown since 2006, also said she plans to stay active in her area.

“I know I’m going to be engaged in the community, I’m very interested in public policy, but I have a wide variety of interests,” she said.

While serving on the City Council, Hofstede supported the Vikings stadium deal, the Nicollet Avenue streetcar proposal and the failed moratorium on Dinkytown development in August.

City Council Vice President Robert Lilligren, who has been on the City Council since 2001, said initiatives to increase city investments in alternative transportation, like biking and walking facilities, are his most notable achievements.

“Transportation has been a huge focus of my work,” he said, “especially alternative transit.”

Incoming City Council member Abdi Warsame will replace Lilligren and be the first Somali-American to serve on the City Council.

Lilligren said he plans to work with city officials and future council members during his last months to make sure issues and files from projects are in place for the leadership transition.

This year, the sixth ward underwent redistricting. Lilligren said only about half of the area he has represented exists in the new Ward 6.

“Part of my primary responsibility is making sure we set up the new council to be successful when the shape of the wards has changed so much,” he said.

Lilligren said he’s proud of the culture he helped facilitate at City Hall.

“We have been tremendously cordial and collegial in our deliberations and debate on City Council in my 12 years,” he said. “It hasn’t always been this way.”

After his term, Lilligren said, he will work with nonprofit and advocacy groups as he did before. He said he hopes to return to his philanthropic work, which includes transportation and environmental and food justice.

“I feel like I have lots of options — certainly more options than I had when I came into office 12 years ago,” Lilligren said. “Not all elected officials can say that when they leave office.”

Bender outraised Tuthill by more than $2,000 throughout her campaign to represent the southeast Minneapolis ward, reporting almost $53,000 in contributions.

A spokeswoman from the City Councilwoman’s office said Tuthill currently has no plans after leaving office.

With their final chapters on the City Council ending, the outgoing members all agreed it’s too early to tell what their next steps will be — returning to political office may be an option.

“One never knows what the future may bring,” Hofstede said.