The Gophers will play eight games in nine days over spring break. 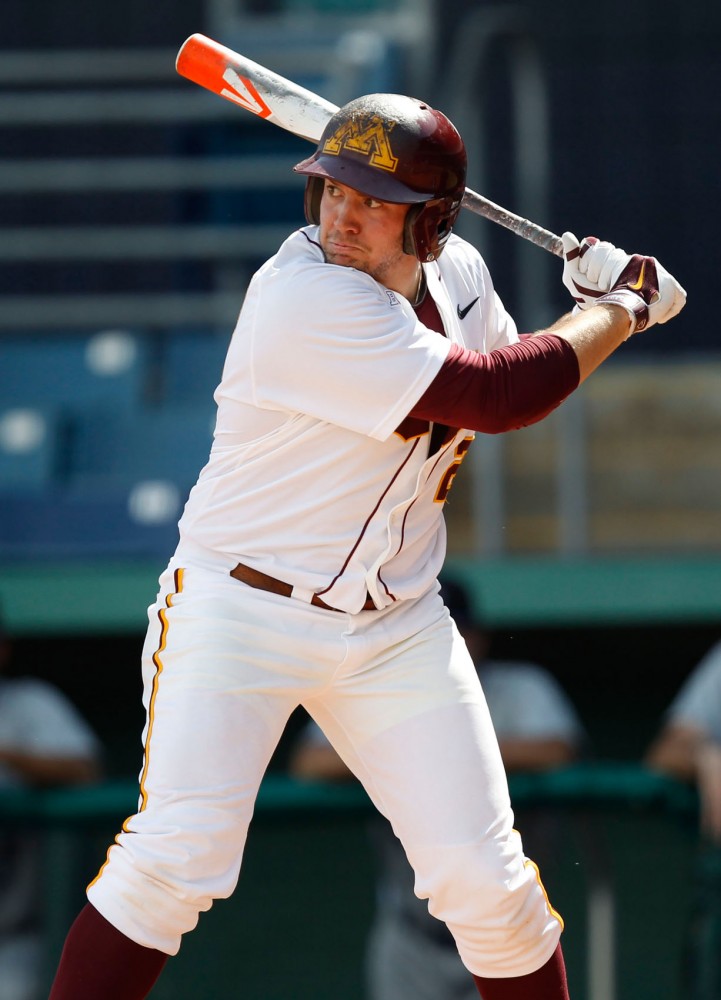 Since the season began nearly a month ago, the Gophers baseball team has been on the go nonstop.

A typical week has Minnesota playing Friday, Saturday and Sunday, before arriving back in the Twin Cities during the early hours of Monday morning. Then the team practices Tuesday and Wednesday and heads back on the road Thursday.

If that’s not enough, players have class and schoolwork to manage.

“It’s a grind,” said head coach John Anderson. “It’s a really hard thing to do and be competitive game in and game out, [but] for the most part, they’ve handled themselves really well.”

The Gophers are currently 7-5, and some members admit the travel schedule is wearing on them.

“It’s hard if everything goes as it’s supposed to go,” Anderson said. “It’s really difficult if it doesn’t.”

But not everything has gone as planned for Minnesota this season.

Gophers starting catcher Matt Halloran got injured before the season ended. His replacement, freshman Austin Athmann, had an injury problem flare up last weekend, so he’s out, too.

That leaves junior utility man Mark Tatera — who has caught a little this season but has primarily played third base — as the man behind the plate.

Minnesota freshman Troy Traxler, who is also coming back from an injury, will be called upon to catch at times as well.

The Gophers have seen other injuries around the diamond as well, but the good news for the team is that it will have a small respite from the hectic travel schedule.

Minnesota starts its longest road trip of the season this weekend. But with spring break coming up, the team doesn’t have to make a return trip to the Twin Cities until after next weekend.

“A lot of guys will probably get a lot more sleep this next week because we don’t have to worry about schoolwork on top of baseball,” said freshman pitcher Toby Anderson. “It’ll definitely be a week we can re-energize but at the same time put the full focus into baseball.”

While the travel schedule will slow down a bit, next week will bring the first two midweek games of the season.

Minnesota senior outfielder Bobby Juan said that will also be a “little bit of a wear” for the team.

“It’ll be a test of how conditioned we are,” Juan said. “I think we’re ready for it.”

It will also give the Gophers the opportunity to shift players around and give some more playing time.

Minnesota was supposed to play four games last weekend, but one was canceled because of weather issues.

Toby Anderson was supposed to start that game. John Anderson said the freshman pitcher would likely get a shot to start during one of the midweek games. He said freshman Cody Campbell would probably get a start, too.

“[They] will start right now based on what I know unless something else happens, and we have to change our plan,” John Anderson said.

Toby Anderson said he’s excited for his first start, whether it happens this week or later.

“It’s definitely something I’m looking forward to whenever it happens,” he said.

John Anderson said his team is welcoming the opportunity to play more games.

“It’s definitely going to be big to get some experience,” Juan said, “and kind of know what team we need to put out there when we go into Big Ten
[play].”