A student and faculty member were injured by two suspects fleeing police in Dinkytown on Thursday afternoon. 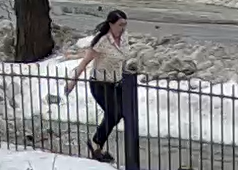 Courtesy of the University of Minnesota

A University of Minnesota student and faculty member were injured by two suspects fleeing police in Dinkytown Thursday afternoon.

According to a statement from the University, two suspects were captured on camera stealing from cars in a University parking lot at around 3:30 p.m. Thursday. They escaped before officers could arrive to the scene.

Later, the suspects were involved in a car accident at 5th Street Southeast and 10th Avenue Southeast, where two were injured, one of whom was identified as a University student.

Before fleeing on foot, the suspects hit a pedestrian who was later identified as a University staff member.

One suspect is in custody and another remains at large as of 8 p.m. Thursday evening.