Unlike last year, Minnesota has avoided a midseason slump after a strong start. 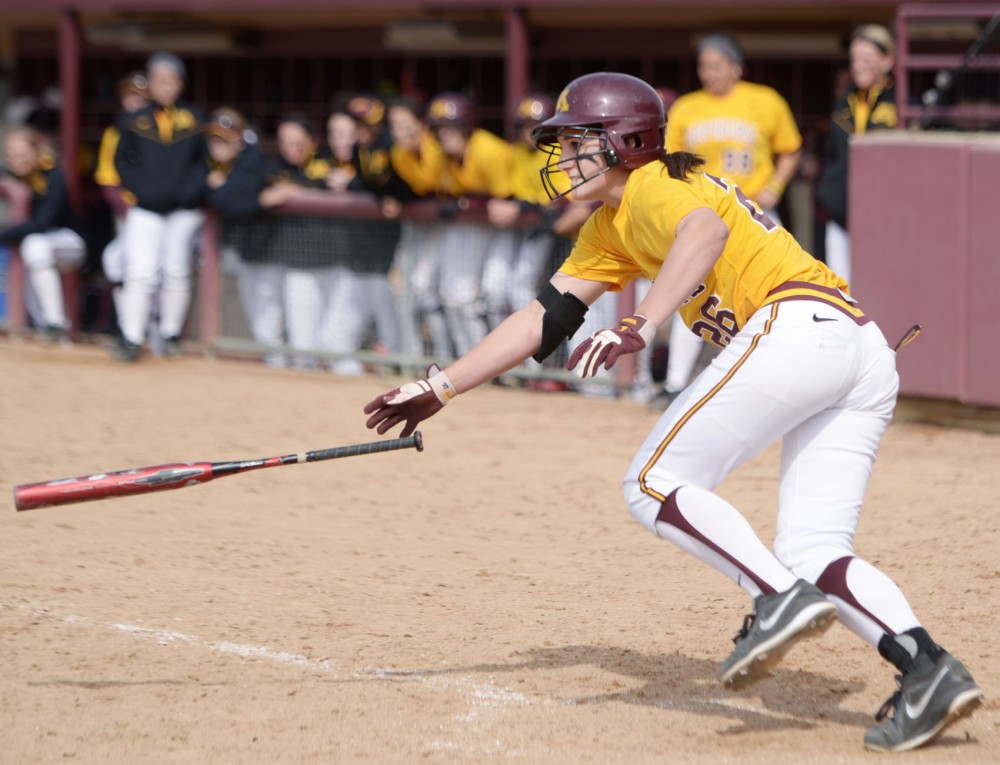 Minnesota utility Kaitlyn Richardson throws her bat after hitting a single during a double header against Madison on Sunday, April 7, 2013, at Jane Sage Cowles Stadium.

The Gophers softball team entered this season intending to avoid the midseason slump that hindered its campaign last year.

So far, so good, through three Big Ten series.

Minnesota started last season with an 18-7 record in nonconference play, but it lost to Illinois in two of its first three conference games.

Those losses to the Illini, along with series losses to Wisconsin, Penn State and Iowa, sealed the Gophers’ fate of missing the postseason.

Minnesota has avenged two of those series this season. The Gophers swept Iowa to begin their Big Ten season and took two of three from Wisconsin last weekend. A sweep of last-place Illinois would be another big step toward making an NCAA regional.

The Gophers’ 6-3 start to the Big Ten season is not a surprise. The team went 17-10 in nonconference play against stingier competition.

“The teams that we scheduled this year was a step up in competition level,” Allister said. “I’m very impressed with the way our team responded.”

Minnesota was 10-6 at home last year. Most of its home games this year will come late in the conference schedule.

Another key to the Gophers’ success this season has been their resilience. The team hasn’t lost back-to-back games since mid-February, when it lost five of its first six games.

“We’ve come back a couple of times,” Allister said, citing the third game at Iowa. Minnesota won the game with a late comeback despite leaving a lot of base runners stranded during early innings.

“There was no panic,” Allister said of the victory. “It was just going to work and trusting that it was going to happen.”