Good foods are coming your way. 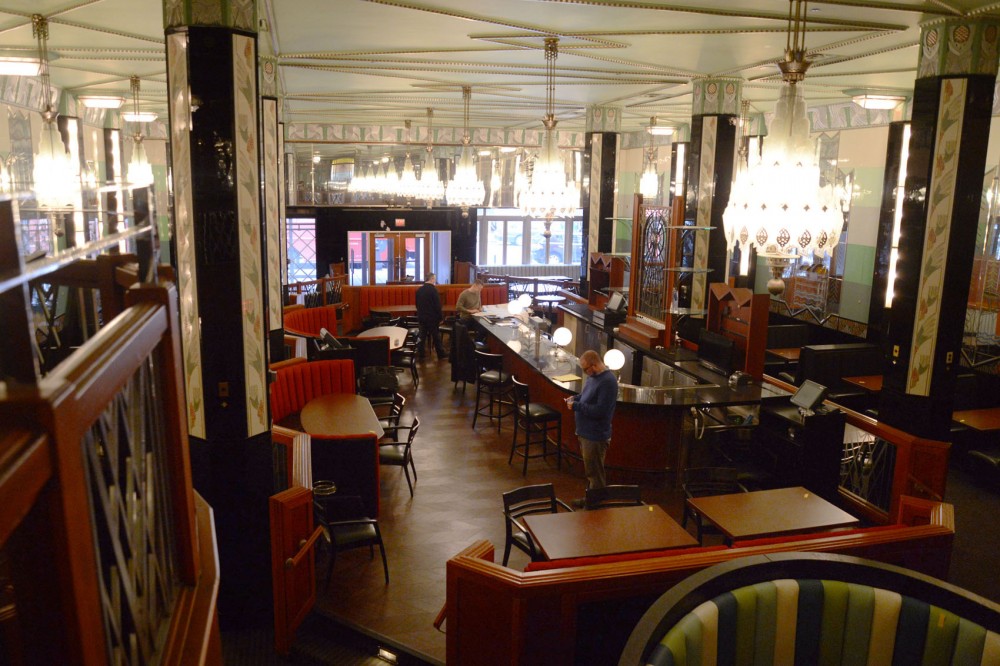 II Foro General Manager Kris Barto, Director of Business Development Josh Thomas and Director of Operations Lorin Zinter discuss what furniture to keep or throw away the restaurant in Minneapolis on Wednesday. Demolition of the interior begins on Monday, and the restaurant aims to be open for business early June.

The food scene is expanding yet again this year in the Twin Cities.

2015 started with sad news as Solera, a much-beloved restaurant, closed its doors in the beginning of January.

However, new restaurants run by well-known local chefs will be popping up throughout the rest of 2015. A&E had the opportunity to chat with some of Twin Cities’ finest restaurateurs.

The Lexington and Il Foro

The iconic Lexington in St. Paul is getting a new facelift, and the art deco space formerly known as the Forum will transition into Il Foro.

There are several big names invested in the two projects. Josh Thoma and Kevin Fitzgerald of Smack Shack and Lorin Zinter, formerly of Heyday, will run the front of the house and the business side of the operation. Chef Jack Riebel — formerly of the Butcher & the Boar — will be managing the back of the house at both the Lexington and Il Foro.

Minimal changes will be made to the Lexington — the restaurant will stick to its supper club theme.

“We really want it to continue the rich history it has within St. Paul; we want to build on that,” Zinter said.

Similar to the Lexington, the art deco space that is home to Il Foro is rich with history.

“It’s been [through] many different incarnations, but we want to give it our own twist this time around,” said Zinter.

As for opening dates for both restaurants, nothing is set in stone.

“You’re never going to have a restaurateur commit to a solid date until they can virtually guarantee it,” Zinter said.

A new fried chicken joint is coming to town. Chef Thomas Boemer of the Corner Table is opening up Revival, a southern restaurant with fried chicken at the heart of its menu.

“I wanted people to experience a classical southern dinner — a classic southern fried chicken dinner. It’s something that I grew up experiencing. I have such fond memories of growing up [in the Carolinas], and nothing brings back memories like food,” Boemer said.

At the time of the interview, Boemer was not comfortable announcing a hard opening date.

“We made the decision on Friday to open [Corner Table] on Monday, so I would imagine that we would be looking at a similar situation,” he said.

Although there is no hard date set, what we do know is that the opening is just around the corner. So brace yourselves before southern fried chicken graces your lives.

Chef Steven Brown would like you to know that “Saint Genevieve is the saint patron of Paris, and it just so happens that her feast day is [his] daughter’s birthday.”

The idea of St. Genevieve brewed in Brown’s mind for about five years before he determined it was the right time to execute it.

The small French-inspired tavern is “a place for small amusements,” but the flavors will be big.

“[The concept is] very simple but at the end, [it’s] something that packs a good punch and has a lot of flavor,” Brown said.

Brown thinks a hamburger will make it onto the French-inspired menu, and perhaps some type of escargot dish as well.