U grad student Matthew Traucht volunteered with the Peace Corps. 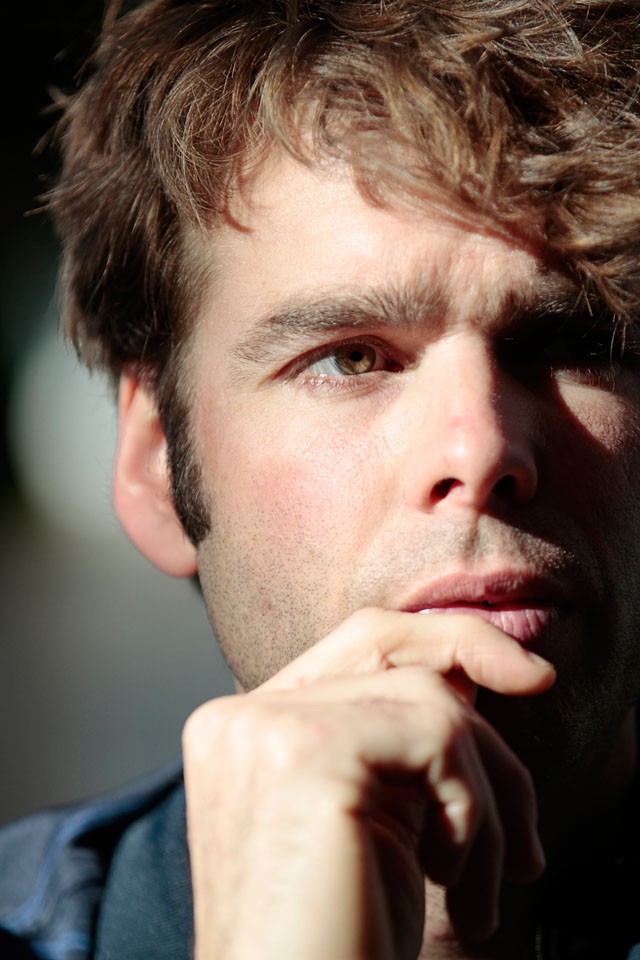 First year graduate student Matthew Traucht talks on Tuesday at Coffman Union about the 27 months he spent in the African country The Gambia while working with Peace Corps.

Before the Peace Corps, 37-year-old Matthew Traucht  owned and operated an organic farm in the mountains of New Mexico. Today, heâÄôs a first-year University of Minnesota graduate student studying landscape architecture. His education and career have been heavily influenced by 27 months spent abroad.
Despite the changing demographics of Peace Corps applicants, the 50-year-old volunteer organization placed more than 8,600 volunteers in 77 host countries in 2010. That number represented a 13 percent increase in volunteers over 2009 and the highest number in 40 years, said Minnesota Peace Corps representative Tysen Dauer .
The University has a history of high rates of alumni participation in the Peace Corps. Currently, about 62 former University students serve. Since the Peace Corps was founded in 1961, 1,269 University alumni have volunteered, making it the No. 18 all-time producer of volunteers, Dauer said.

Culture and Permaculture
After earning a bachelorâÄôs degree in cultural anthropology from the University of New Mexico in 2003, Traucht worked as an archaeologist in Santa Fe.
He was introduced to permaculture, a sustainable land-use design that mimics the natural relationship between humans and agriculture. He eventually found his way to an organic farming operation that produced organic eggs and microgreens like sprouts.
After farming for three years, Traucht wanted a change of pace.
âÄúI was stuck in one place farming nine months out of the year,âÄù he said. âÄúI wanted to experiment. I knew [with the Peace Corps] I could travel abroad and meet people.âÄù
He applied to be a Peace Corps volunteer in 2006 and was accepted eight months later.
The application warns that the wait could last as long as nine months to a year. University global studies and Spanish senior Anna Ferris  applied to join the Peace Corps in November. From talking to other Peace Corps volunteers, she said she thinks she will have an interview sometime this month.
âÄúItâÄôs a tedious process,âÄù Traucht said, referring to required background checks, medical examinations and interviews. âÄúI was anxious. I would call them every couple of weeks.âÄù
The Peace Corps is currently recruiting for thousands of volunteer positions. Besides college graduates, Dysen said the program looks for working professionals and individuals with special skills related to assignment areas to reflect the diverse educational background of the United States.
By July 2007, Traucht learned he had been placed in western Africa in The Gambia. One month later, after selling his farm, he began his travel abroad.
With a population of less than two million , The Gambia is the smallest mainland country in Africa.
He and 25 other volunteers spent the first three months in training before moving to a small village. In training, volunteers learn about the culture and traditions of the country where they are living.
âÄúThey teach you about religion, politics and language,âÄù said Traucht, who admits that for the first month, the language was mostly âÄújust gibberish.âÄù
After the training period, Traucht said he lived in his village of less than 100 people âÄî the nearest volunteer was 15 miles away.
In his village, Traucht experienced a culture shock. In the city there had been running water and electricity, but the village had only one well with water that was contaminated and considered unfit to drink.
Finding drinking water required a bike ride to a pump in a nearby village with cans to fill and transport back. Meals, eaten twice each day, were consumed from one large bowl by as many as 15 people.
Traucht worked mostly with beekeepers in the village for 14 months. He was able to improve the local economy by teaching individuals how to produce better honey. After a year of teaching beekeeping, he was relocated nearer to the Capitol city of Banjul, where he worked for 10 months with a national beekeeping workshop.
On Thanksgiving of 2009, Traucht and another volunteer arrived back in the U.S., where he experienced another kind of culture shock.
âÄúIt was hard to get used to having choices again,âÄù Traucht said, citing simple trips to the grocery store and decisions about everyday meals as surprisingly difficult after having had such limited options. âÄúIt took a month before I could shop and buy clothes.âÄù