The move comes as part of broader efforts to improve Title IX training for student leaders. 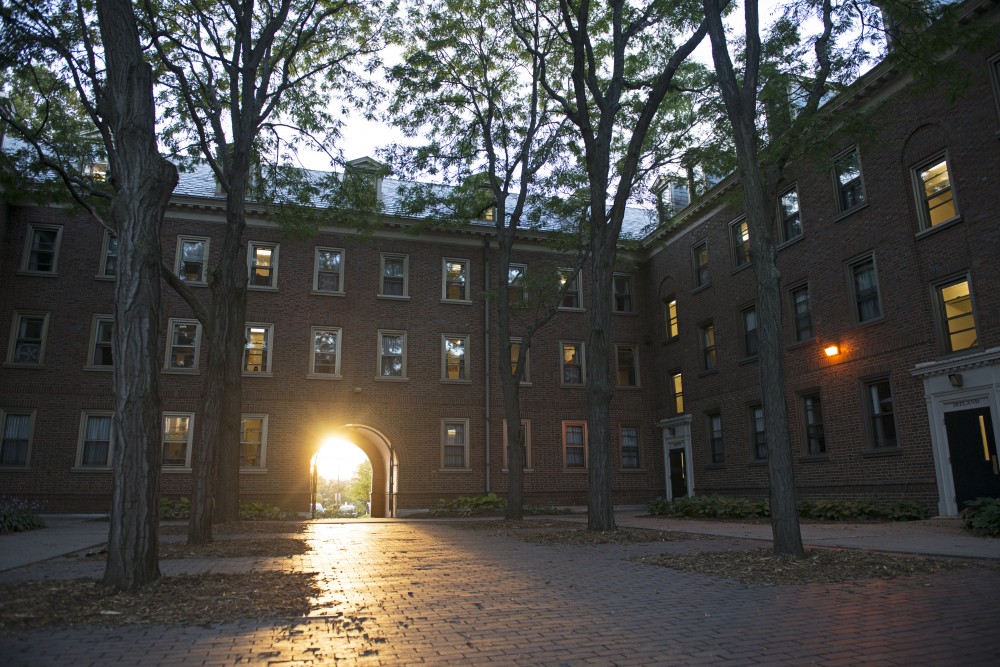 Pioneer Hall, which does not currently hold up to many contemporary building codes, stands in the Super Block on the evening of Saturday Sept. 10, 2016.

While training details aren’t finalized, it will cover how CAs can best respond to students who have concerns or who have experienced sexual misconduct. It will also include information on how the reporting process works so that CAs can inform students and give them the right resources, said Tina Marisam, University Title IX coordinator and Office of Equal Opportunity and Affirmative Action director.

CA training used to be handled by Housing and Residential Life, but the revamped training will be assisted by EOAA. The new program will be in place for the next school year.

Current and former CAs — students who provide support to students who live in residential halls — and the Minnesota Student Association pushed for revamped training.

“Right now, CAs are just not equipped to deal with the kind of horrific things that you deal with when you live that intimately with students,” Syedah said.

A study of 305 sexual assault claims at 104 colleges and universities nationwide by United Educators, a higher education insurance company, found that 53 percent of reports occurred in a residence hall. The report was released in 2015.

The additional training comes amid an increase in the number of sexual misconduct reports at the University.

“It is incredibly important for CAs to have that connection with members of the EOAA, an office that can seem kind of distant because of the work they do,” she said. “It is good to get feedback from the CAs because they work so closely with the students.”

While reporting incidents is not mandatory for orientation leaders, this additional training helps encourage and inform leaders to report to EOAA, said Jenny Porter, associate director for Orientation and First-Year Programs.

Increased awareness of campus sexual assault may have contributed to a student push for greater training for leaders, Marisam said.

“Students are coming and saying, ‘I heard from someone who has gone through this, and I want to have the knowledge and skills to respond in a way that is sensitive and humane but also gives them the information they need,’” she said.