Man robbed at gunpoint in Como

MPD and UMPD also responded to reports of thefts and burglaries. 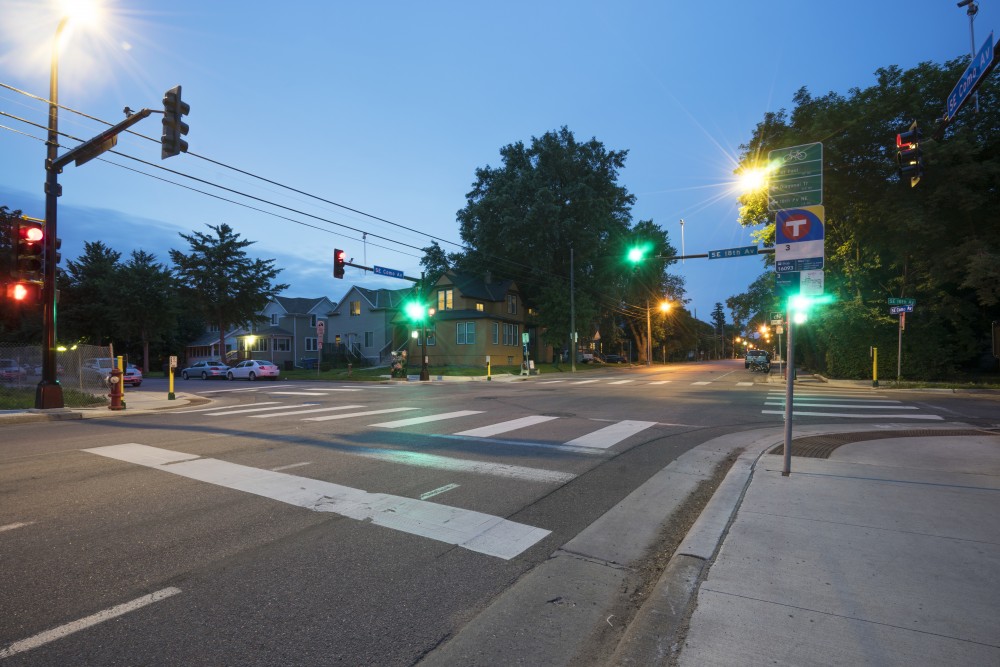 A 21-year-old man was robbed at gunpoint on the 1800 block of Como Avenue SE at 7 a.m. on Thursday. The victim was uninjured in the robbery.

A 25-year-old reported his home on the 1200 block of 8th Street SE was broken into around 5 a.m. Friday. The victim told MPD that the suspect ran off when he saw that he was home. The victim’s bike was stolen. There was no forced entry into the home.

MPD responded to a report of another burglary that occurred around 4:30 a.m. Tuesday at an apartment at 2600 University Ave. SE.

On Saturday, the owner of Fargo-based Parvaneh Knitwear reported property stolen from her tent at the Stone Arch Bridge Festival. She told MPD the merchandise was stolen between 7 p.m. Friday and 9 a.m. Saturday after she had left her tent for the night.

A 20-year-old reported all four windows of her vehicle were broken into sometime between midnight Thursday and noon Friday. Her car was parked in front of the apartments at 1405 Como Ave. SE.

MPD responded to a report of a stolen wallet at the Dinkytown McDonald’s. The 60-year-old man’s wallet was stolen while he was paying for his meal at noon Friday.

MPD and UMPD arrested a man for holding up traffic at the corner of 25th Avenue SE and University Avenue Monday afternoon. After processing his information, officers discovered the man had a warrant out of Benton, Colorado and was booked at Hennepin County Jail.

A cashier at Rescue Tech Repair in Dinkytown reported an iPhone was stolen around 2:40 p.m. Saturday. He reported the suspect came into the store to sell a cell phone. The cashier then went to the back of the store, leaving the suspect alone at front counter.

Later on, the cashier watched the store’s security footage and saw the suspect reach over the counter and steal an iPhone while the cashier was in the back of the store.