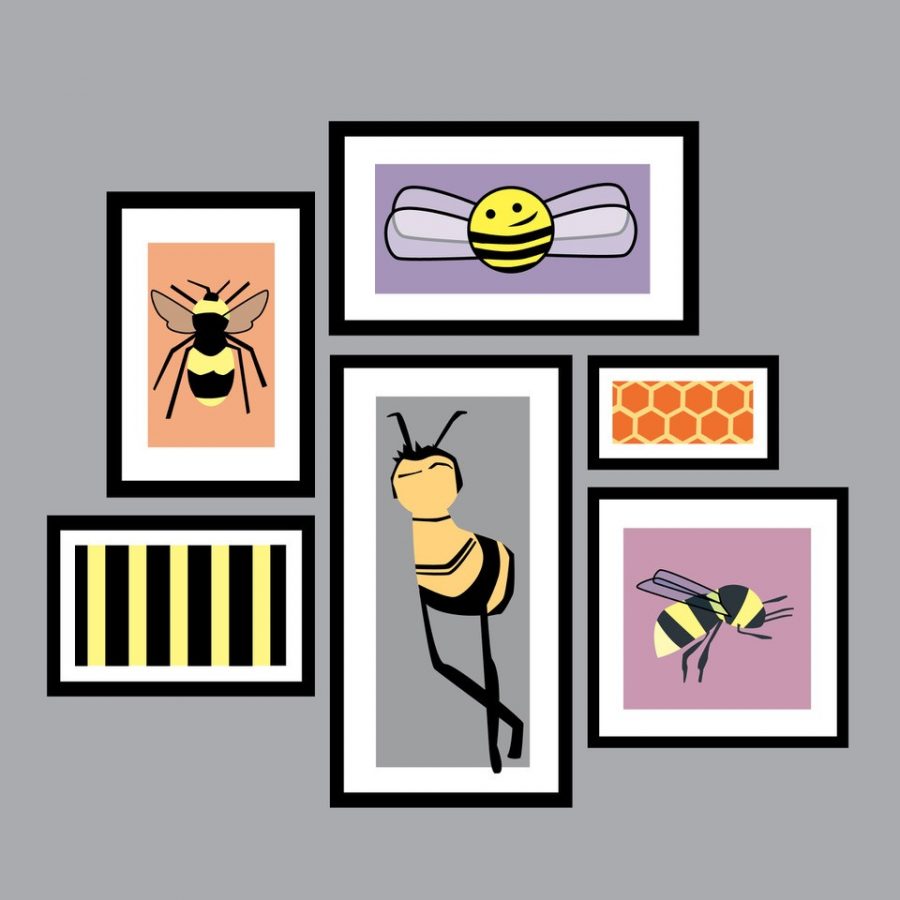 Last Tuesday night, rows of bee enthusiasts took their seats in the Museum of Russian Art, waiting for the museum’s first collaboration with the University of Minnesota’s Bee Squad to begin.

The crowd contained a mixture of at-home landscapers, art enthusiasts and generally curious citizens wanting to know more about the bumbling pollinators frequenting their gardens.

The Bee Squad was eager to educate.

“Art is a really valid way to explore bees and the issues that they’re facing,” said Bridget Mendel Lee, a beekeeper and project coordinator for the Bee Squad. “For me, it’s kind of natural. Why shouldn’t artists be investigating the same issues that scientists are investigating?”

Mendel Lee works with Bee Arts, an “outreach arm” of the Bee Squad that collaborates with artists and museums to engage in discussion about bees.

Since its beginnings in 2014, Bee Arts has commissioned sculptures, worked to get grant funding for a number of bee-related programs and given lectures like this one around the Twin Cities.

“We are working toward this idea of having people of different disciplines think about these same ideas together,” Mendel Lee said. “Not just in the lab, but bringing in other kinds of voices and thinkers.”

The Museum of Russian Art reached out to Bee Arts to compliment one of their current exhibitions, “Inside the Beehive,” which ends on Feb. 10.

Although people have relied on bees for artistic inspiration for thousands of years, there’s something unique about this exhibition: the artist’s personal collaboration with the humble honeybee.

Garen Bedrossian’s four-part exhibition features a series of paintings, sculptures and photographs. Some of these took the Armenian-born artist 10 years to complete.

His “Erasure” and “Death, Sacrifice, Erasure” series in particular feature a set of vibrant paintings that were placed as lids inside a honeybee hive.

Over time, the bees’ residue left behind bubbled lines of wax on the canvases that appear almost cursive-like, stretching from one end of the frame to the other.

For some of the paintings that spent a longer time in the hive, the wax reduces the paintings to monochrome canvases, the original paint no longer visible.

By allowing bees to manipulate his paintings, Bedrossian emphasizes the collaborative and almost equal effort of the artist and the natural world, challenging viewers to think about what would happen if bees themselves were erased, much like the paint on his canvases.

“With this project, very much goes [into] the idea of nature and the human being, our relationship and influences with each other,” Bedrossian said. “That’s the first rule of life.”