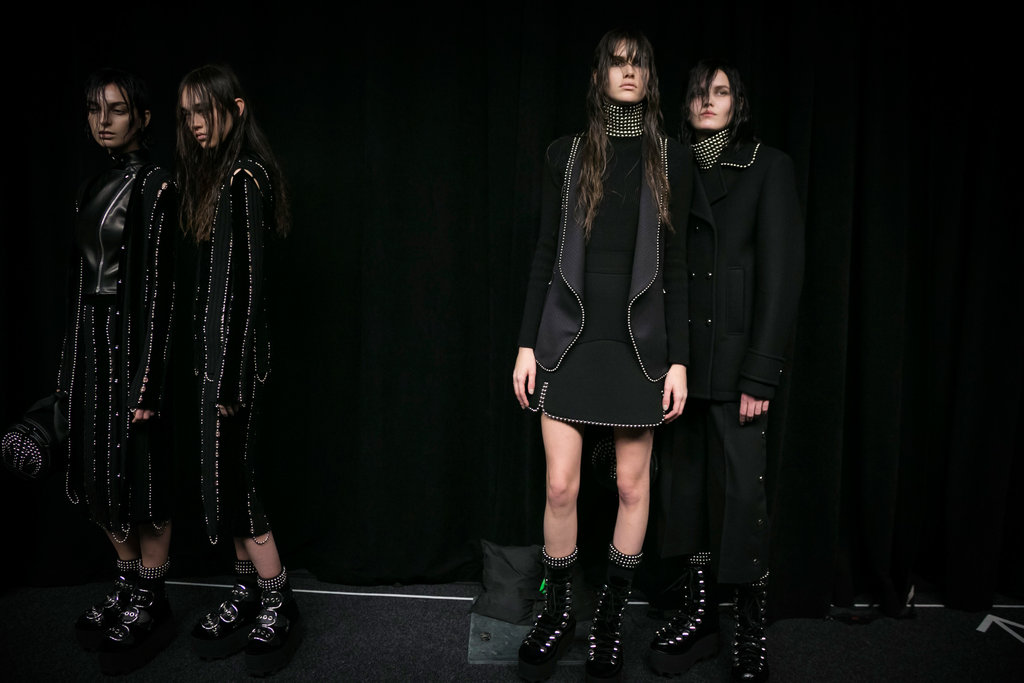 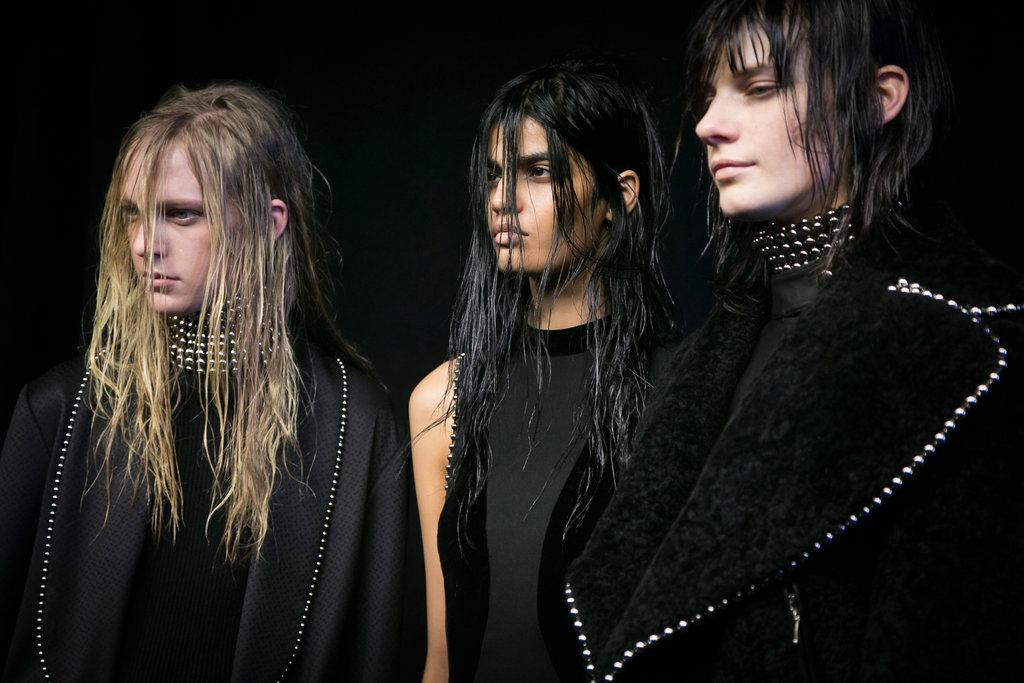 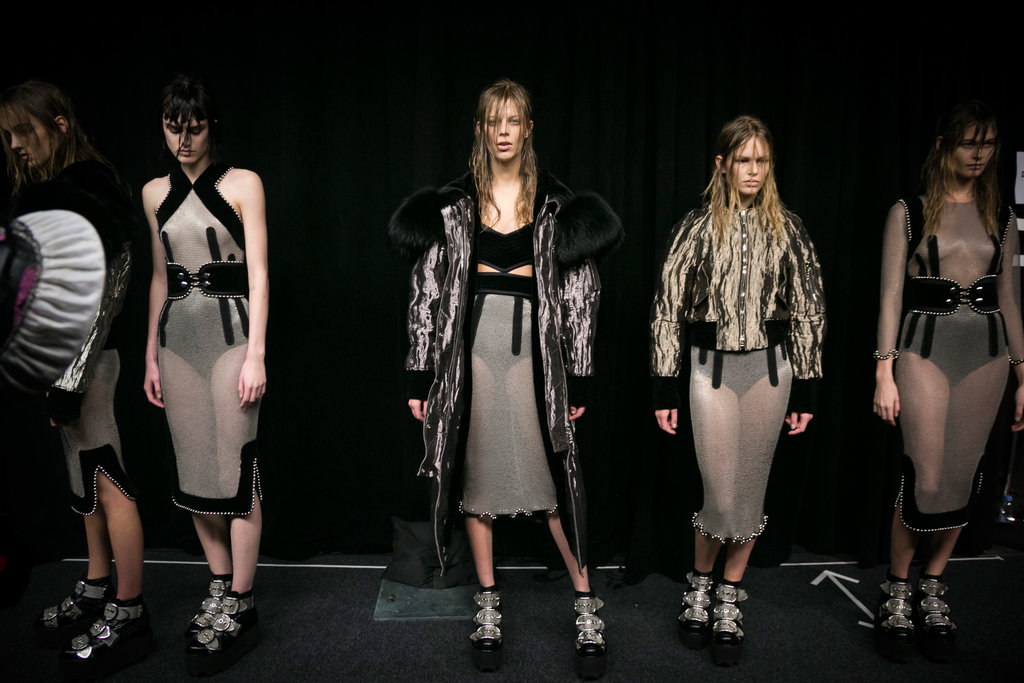 Scenes from the Alexander Wang Fall/Winter 2015. Photo by Valerio Mezzanotti.

Dark grunge is how I would describe the collection. Each look incorporated black on black pieces with touches of metallic and sheer nude nearing the end. Structured jackets with choker inspired collars created a powerful line of clothes.

I commend the use of of silver studs and hardware, it created a unifying effect throughout the collection. The lines and details of either studs, zippers or stitching make Alexandar Wang’s work continuously feel rich and lux.

The models sported little to no makeup and wet, grungy hair. Their locks fell in greasy looking waves, purposely covering their faces. While not suitable for daily wear (if you aim to look like you shower regularly) but produced an interesting effect for runway.

Alexander Wang produced another near flawless show. My only gripe was the footwear: the models all wore a variety of platform creeper boots. The shoes were so large and clunky the models looked like they were trying to strut the runway with bricks glued to their feet. StyleCaster named them the ‘It Shoe’ for fall, but they just weren’t my taste.