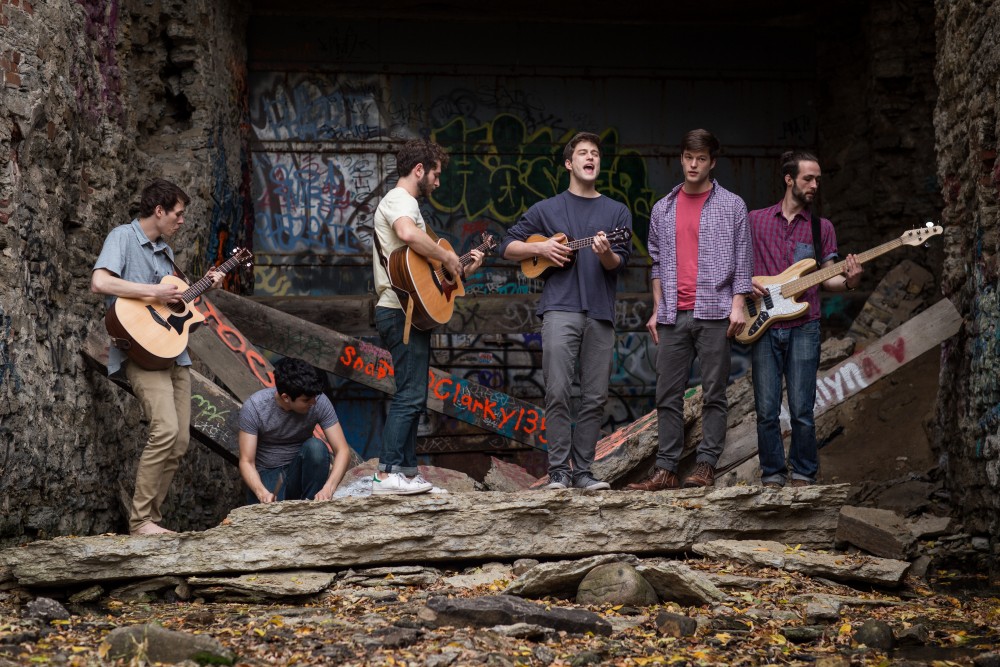 Despite only four months of live performance under their belt, local indie-rock band Stone Arch Isles is set to headline Skyway Theater’s Studio B at the end of January.

“Everyone’s been contacting us,” said bassist Trevor Stroschein, a senior finance major at the University of Minnesota. “For a new band that’s really weird. We were getting contacted and setting up shows with no tangible material. Why are we having this success? I think it’s about the music.”

The University student-led band has created its own authentic indie sound — as heard in songs like “Pen and Paper,” “Picture Frames” and “Take It Away” — with three-part harmonies, intricate acoustic guitar riffs and walking basslines.

“What you see is what you get,” said guitarist and vocalist Phil Levine, a University psychology senior. “I think our personalities get translated really well into the videos and the music itself. Watching us perform is watching us live.”

Members compare themselves to different artists painting on the same canvas. They all bring different, complimentary palettes to the table during the songwriting process.

“I think about [Levine], [Kelley] and [guitarist and University graduate Matt Gleason] … they go there and draw the skeleton of the painting,” said University graduate and vocalist and ukulele player Daniel Chapdelaine. “They outline it and then the rest of us fill in the colors.”

The band is still “shopping around” for the right place to record and produce. The material they have online, however, has gained a following not just at the University.

The Stone Arch Isles’ Facebook page has over 1,000 likes and they’ve played nearly 15 shows in the Twin Cities area. These are no small feats for a band that has only been playing live shows together since September.

“When you’re in college, it’s harder to have time for music,” Levine said. “I think by forcing ourselves to play all those shows it’s made us better musicians.”

While the Stone Arch Isles members say they have the talent and music to make it, success and fame are not their only drives. Writing their own music has brought happiness, joy and personal connection.

“You’ll start to do the other things in your life and be like, ‘This is all I want to. Why can’t I make this the only thing that I do?’, Stroschein said about playing in the band. “But then, when it’s the right time … it’ll be the right time. For me, I feel like we’re doing the right things right now.”

Where: Studio B at Skyway Theatre, 711 Hennepin Ave., Minneapolis