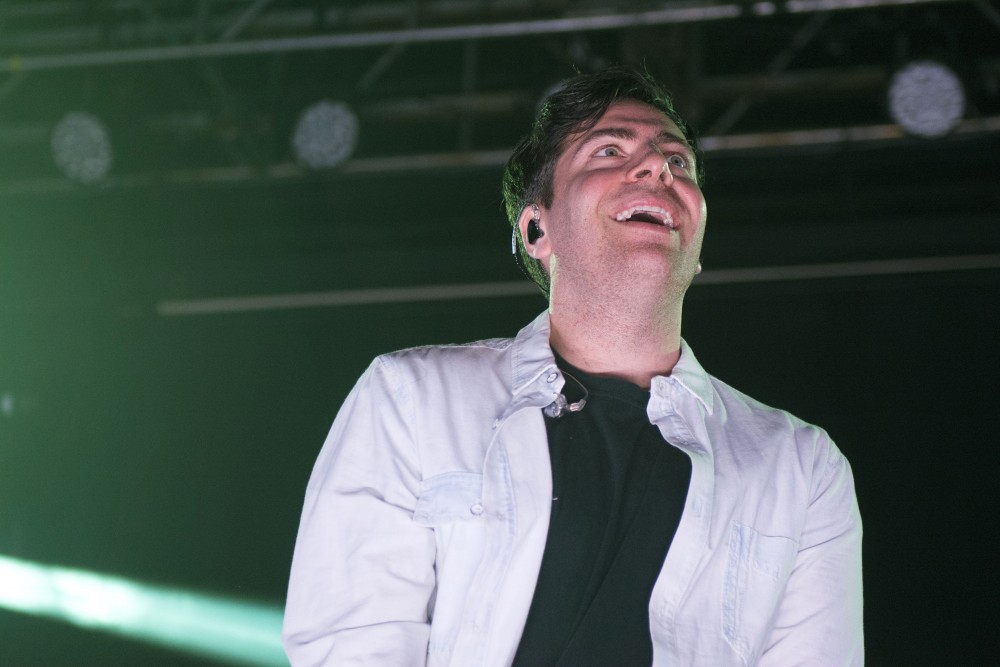 Hoodie Allen performs during the Minneapolis leg of his North American tour "The Hype" at First Avenue on Oct. 15.

Hoodie Allen brought his tour”The Hype” to Minneapolis this past week. Performing to excited fans he, told the crowd that Minneapolis was one of the shows he was most excited for.

This tour is to promote Allen’s new album “The Hype” which was released Sept. 29 of this year.

The set consisted of both new and old songs as well as some of his show traditions, including throwing cake into the crowd and surfing on a blow up raft. The energy stayed high throughout the entire performance and fans left with the promise that Allen would return soon.