Yeah, the ‘90s have passed but Liz Phair’s still got it. 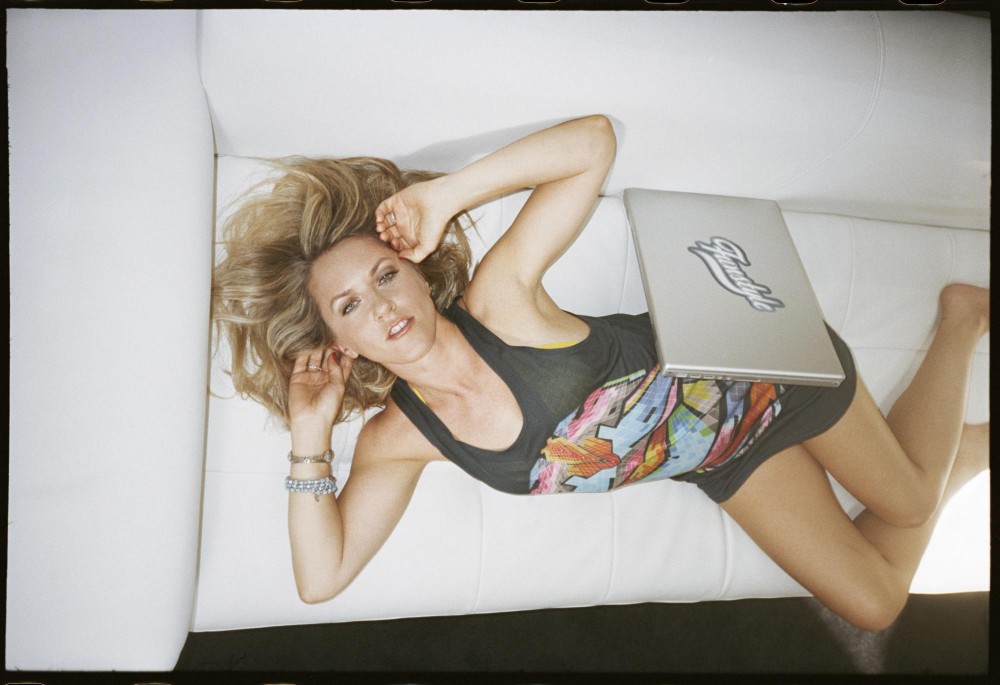 Both Phair's acoustic insight and sex appeal have endured the turn of the millenium.

You probably missed it. Liz PhairâÄôs reign of rock âÄònâÄô roll stardom that is.

But, believe it or not, iGeneration, Lily Allen is not the pioneer of potty-mouthed pop poetry.

With her 1993 Stones-inspired album, âÄúExile In Guyville,âÄù Phair not only earned a coveted spot on Rolling StoneâÄôs 500 greatest rock albums, but also unabashedly turned to the prude pre-Spears/Madonna repudiating generation of Americans and proclaimed: âÄúHey, guess what? Females enjoy sex too.âÄù

Eighteen years after the release of her highly acclaimed album, Phair will grace the stage in Minneapolis at the Fine Line.

In the last five years since her previous album, âÄúSomebodyâÄôs Miracle,âÄù Phair has kept busy, utilizing her artistic talents in everything from scoring television shows to writing book reviews.

Of course, making music was on the agenda too, and this fall she dropped her sixth album, âÄúFunstyle,âÄù an experimental stride away from the moody, sexual pop of âÄúExile in Guyville.âÄù Some of the influences she attributes to her experiences scoring for TV.

âÄúIt was almost like, all of these bitching complaints I had about the industry or points I had,âÄù Phair said. âÄúI decided to score my own points.âÄù

These points confront issues like ownership and limits to creative expression, frustrations that Phair has certainly encountered in her relationships with various record labels.

âÄúThereâÄôs a lot of people in the music business, the industry side, that are just constantly packed in this tiny way that reminds me of hamsters or gerbils,âÄù Phair said. âÄúNo you canâÄôt go down this tube, IâÄôm gonna block you!âÄù

Phair has never been the type that could be shoved into a box or stifled by the man, which is part of the reason that to release âÄúFunstyle,âÄù she completely left her management and record label, ATO. Her new material just wasnâÄôt the kind of product that they were equipped to market, but thereâÄôs no bad blood.

âÄúI just couldnâÄôt see myself putting on appropriate clothes and sitting quietly at the dinner party,âÄù Phair said. âÄúIt wasnâÄôt easy. It was the right thing to do.âÄù

So far this has proved to be true, and life has been nothing less than peachy for the âÄò90s star. Her album, though a bit wacky, has been well-received by audiences so far; sheâÄôs secretly penning the great American novel, and sheâÄôs become a budding book reviewer for the New York Times.

âÄúIt was a pretty massive moment for me on so many levels,âÄù Phair said. âÄúIt was a massive moment to be able to do it for the Rolling Stones, for Keith, because of my ties to them and how important theyâÄôve been as artistic inspiration for me.âÄù

ThereâÄôs something to be said about the New York Times seeking her out to voice the experience of a man who defined a generation, and itâÄôs proof that, though her heyday has long passed, Liz Phair is not exiled from relevance. She has valuable things to say.