The group hosted a party for Norooz, the Persian New Year, over break. 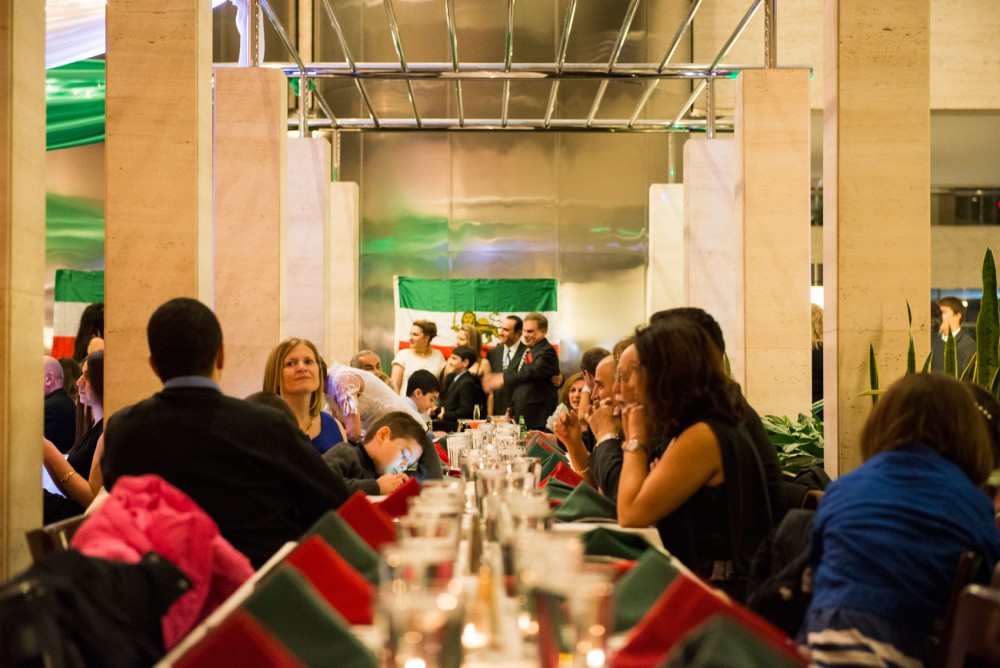 After attending a high school with little diversity, Amar Husain wanted to learn about as many cultures as he could.

Although the University of Minnesota sophomore is Pakistani, he got involved with the Persian Student Organization of Minnesota after it reached out to non-Persian students.

The group has tried to include more non-Persian students like Husain to help the University community learn more about their culture, PSOM President Arghavan Abtahi said.

She said PSOM is trying to break away from negative stereotypes often associated with Iran.

“It’s important to show a different side of Iran because a lot of people see things in the media, and it’s not anything like that,” she said.

Persia became known internationally as Iran in 1935, though both names continue to be used in cultural contexts.

PSOM members are working to increase diversity in their group by reaching out to non-Persian students. Persians tend to seclude themselves, PSOM Vice President Kianmehr Ehtiatkar said.

“It’s in Iranian nature to be together, and they kind of isolate themselves from the rest of the society, which is kind of sad,” Ehtiatkar said.

Husain said after he volunteered for PSOM’s party for Norooz — the Persian New Year which occurs on the first day of spring — he felt included in the Persian community.

He said he was impressed with how welcoming everyone was to him and to other non-Persian volunteers.

“I think that’s really important because it lets people know that, other than the things you see on TV or the images you have in your own head, overall people tend to have the same things in common,” he said.

PSOM members said being inclusive is important for their group’s mission to educate society about their culture.

“Being exclusive is not positive because you’re excluding people from an experience that could otherwise be beneficial,” said Adeab Azadegan, a PSOM member. “The more diverse, the better.”

Rafael A De Los Rios Boulton, a psychology and neuroscience sophomore who is Venezuelan, attended a Norooz party Saturday. He agreed that being inclusive benefited Persians and non-Persians alike.

“In any instance when you have a culture and you want to integrate others, the best way is to be inclusive,” he said.

PSOM also tries to include other students by not affiliating itself with any religious or political organizations, Abtahi said.

She said staying impartial helps to involve more students because they won’t be afraid to join the group for fear of differences in personal beliefs.

“The moment where there’s any sort of exclusion,” Azadegan said. “it’s no longer a good cause.”