Officials are installing new exhibits and dioramas ahead of the new facility's opening this summer. 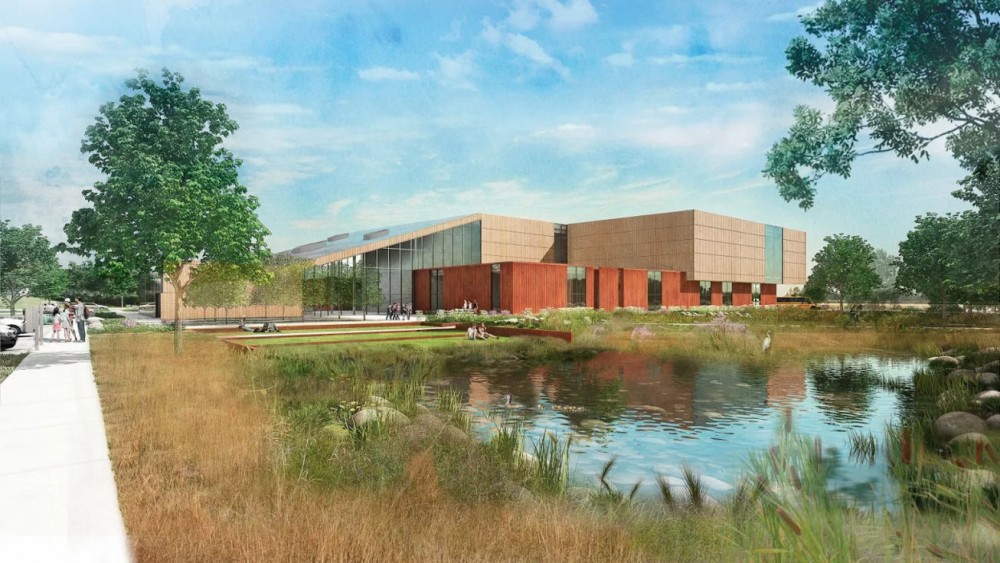 Courtesy of the Bell Museum

A rendering shows the planned exterior for the new Bell Museum of Natural History.

Staff at the University of Minnesota’s Bell Museum of Natural History are busy installing new exhibits and dioramas ahead of the new facility’s anticipated summer 2018 opening on the St. Paul campus.

Employees expect the new building to triple the number of patrons per year because of increased space and accessibility compared to the East Bank location. With the building’s exterior completed, staff are now focusing on scheduling public events and building community connections.

University officials and legislators spent years pushing for funding for museum renovations and received state support for the project in 2014. Construction on the $64 million building began in April 2016. Exhibits in the more than 75-year-old Minneapolis building closed in December 2016.

“The new location is perfect for connecting visitors to the work and research that goes on at the University,” said Bell Museum Scientific Director and Curator of Flowering Plants, George Weiblen.

Constructing the museum in St. Paul allows more space for exhibits and parking than the previous location at the corner of Church Street and University Avenue, said Holly Menninger, director of public engagement and science learning for the museum.

Patrons can expect to see new-and-improved versions of some Bell Museum favorites at the St. Paul facility as well as brand-new features.

The “Touch and See Lab,” which celebrates its 50th anniversary this year, will include more specimens and give visitors more chances to interact with museum installations, Menninger said.

“There hasn’t been a true modern planetarium in the metro area in well over a decade,” said Bell Museum Executive Director Denise Young.

The planetarium will be able to show everything from a tour of the brain or heart to the flight of a monarch butterfly in migration, Bell Museum communications manager Andria Waclawski told the Minnesota Daily in August.

The museum has already booked a wedding ceremony at the planetarium, Weiblen said. Other new attractions include an observation deck with telescopes and an outdoor learning landscape.

The museum will have more space for K-12 school groups, summer camps and field trips, which make up a large portion of the museum’s visitors, Young said.

“This museum is special, and everyone in the metro area should be excited and proud of this resource that serves the state of Minnesota,” Menninger said.