The machine can kill over 99.99 percent of bacteria in powdered foods. 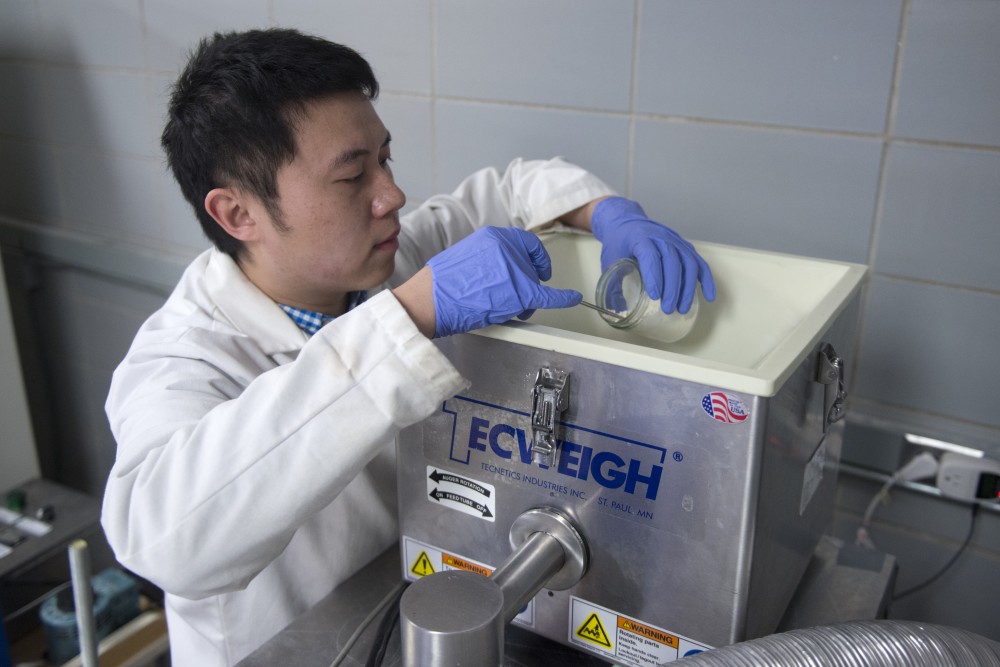 University of Minnesota researchers are using intense pulsed light to kill bacteria in powdered foods and prevent the potentially deadly risks of consuming them.

The federally-funded project has created a machine that can reduce harmful bacteria contamination by up to 99.99999 percent in powdered foods. Powdered foods, like flour and baby formula, have frequently been recalled in recent years due to contamination by bacteria such as salmonella and E. coli, which can be dangerous and even fatal.

France had to recall all Lactalis brand infant formula last December after salmonella contamination. In 2016, General Mills had to recall several types of flour due to the presence of E. coli, and several products made with Valley Milk Products’ milk powders also had to be recalled because of salmonella.

Flour contamination is particularly dangerous because it can contaminate any foods that it is cooked or baked into, said David Baumler, a professor from the Department of Food Science and Nutrition and a lead microbiologist for the project. It is much cheaper for companies to address contamination problems upfront rather than recall the food after it has gone to market, which is expensive and can harm the company’s reputation, said researcher Erik Anderson.

The team places contaminated food in the machine, which tumbles the food as it is beamed with intense pulsed light, said Roger Ruan a professor from the University’s Department of Bioproducts and Biosystems Engineering.

“Powdered foods are not easily inactivated. It is very difficult to remove the bacteria as they can grow to a high level and are not easy to pasteurize,” Ruan said.

For example, the dry food may cake, which makes it difficult for the bacteria to be exposed so they can be killed, he said.

Another aspect that makes the contamination of dry foods particularly dangerous is that the age groups that are already more susceptible to illness, including elderly people and infants, are those most likely to come into contact with this bacteria, such as those infants who drink baby formula, Baumler said.

“This is a major problem in the food industry and for public health. Through this project we can help as many people as possible from getting sick,” Anderson said.

The project has been in progress for two years, and is funded through 2020.

The researchers hope to improve the project to be effective against bacteria on a larger scale and to kill different types of bacteria, Ruan said.

“For our intense pulsed light system, we can treat milk powder as high as 6 kg/hour for the current system,” said researcher Dongjie Chen. “So it is feasible to scale up to apply in a commercial scale.”