Ritter in for the long haul as Gopher softball coach

"We won't keep having this transition," Ritter said. "I can't say that it will be 50 years, but this transition is something I didn't want student-athletes to ever have to feel." 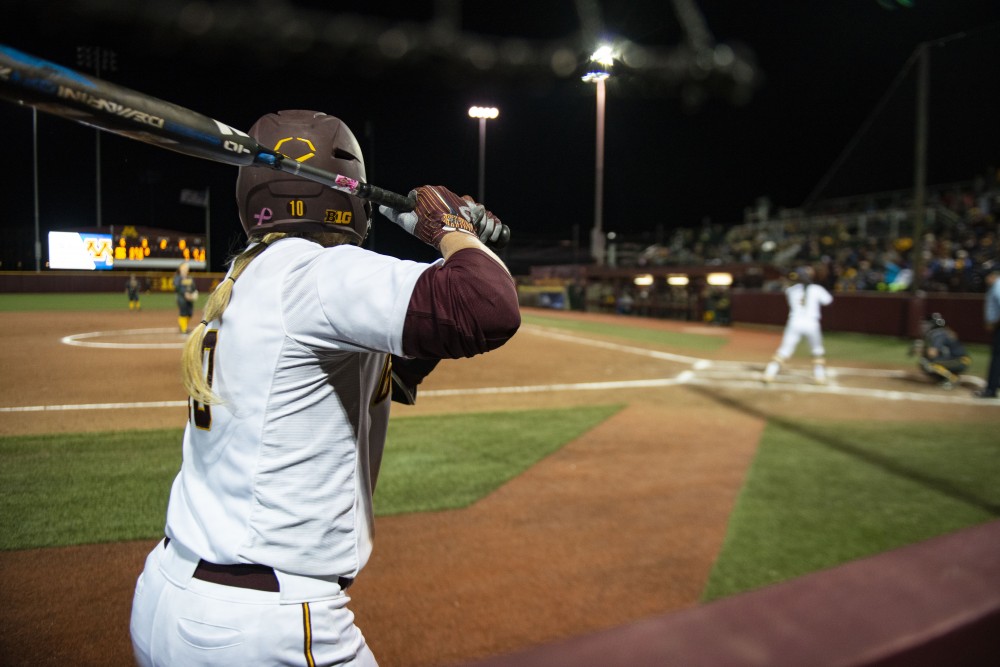 Junior Katelyn Kemmetmueller practices on the side as freshman Emma burns goes up to bat on Friday, May 17, 2019 at Jane Sage Cowles Stadium in Minneapolis. The Gophers beat North Dakota State University 3-0.

The Gophers’ softball team has had three different head coaches in the last four years. That period of turnover is now over.

On Sunday, Athletics Director Mark Coyle announced Piper Ritter will take over as the next head coach at Minnesota. In her first media availability as head coach on Monday, Ritter expressed her excitement for the opportunity to continue coaching at her alma mater. She made it clear that Minnesota won’t see any head coaching turnover in the near future.

“We won’t keep having this transition,” Ritter said. “I can’t say that it will be 50 years, but this transition is something I didn’t want the student-athletes to ever have to feel. You might always transition from a coach, it’s not uncommon to have an assistant leave and stuff like that, but to just have a coach and have to start over this quick is hard for them.”

Ritter stepping into the head coaching position continues her long ties with the University that go back to her collegiate career from 2001-04. Ritter was a four-time All-Big Ten selection and one of Minnesota’s most accomplished pitchers. She’s been the Gophers’ pitching coach for the last 13 seasons, aiding in the development of a number of star pitchers, including Sara Groenewegen and Amber Fiser. Now, she’s taking the helm as the head coach and she’s ready for the opportunity.

Ritter had been in consideration for the head coaching position in the past, but said in years previous she wasn’t ready to step into the role. Ritter said she was a very young coach unprepared for the position in 2010 after Julie Standering’s and Lisa Bernstein’s contracts expired, and had a six month old child in the transition when Jessica Allister left the program in 2017. Now, the timing is right, and Ritter will be at the helm in Minnesota for the foreseeable future.