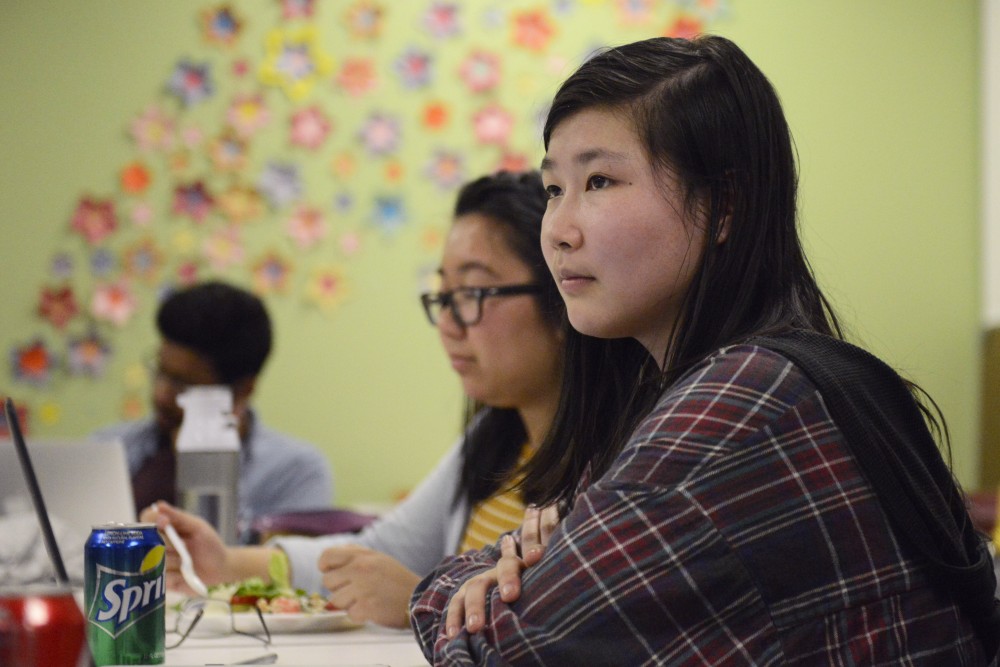 Kai Saito, a junior from Colorado, attends a meeting for the Minnesota International Student Association on Tuesday, April 25, 2017 at Coffman Memorial Union.

As University of Minnesota officials consider nonresident tuition hikes, many are split over how they might impact students.

The University is considering a tuition hike of up to 10 percent for nonresident, non-reciprocity students. University officials say the bump will likely have minimal impact on nonresident student retention because the school has one of the lowest nonresident rates in the Big 10. However, some current nonresident University students say a potential increase could hurt them financially.

“There’s been no dampening effect at all,” McMaster said. “In fact, the rate of increase from [nonresident, non-reciprocity] students in terms of applications has been faster than any other category.”

The University has also ramped up its nonresident recruitment efforts, he said, which has helped increase the number of applicants.

Some nonresident students at the University are unhappy with the tuition raises — including the possible 10 percent hike that could come this fall.

For Kai Saito, a University junior studying biochemistry and microbiology, the school’s low out-of-state tuition was a key factor in her decision to leave her home in Colorado.

Saito, also the external finance director for the Minnesota International Student Association, said she wouldn’t have come to the school if she knew tuition would increase each year.

“I didn’t expect it at this scale, and I don’t think they understand when students come here … they don’t plan for such a large … tuition increase in their expenses,” she said.

Without financial support from her family, Saito had to work two jobs since her first year to pay for school. Now, she works three jobs to help cover costs since last year’s tuition increase.

Still, other nonresident students say the tuition is manageable despite increases.

Enoch Kan, an international student from Hong Kong studying statistics and biology, said he’s not too concerned about the tuition hikes.

Tuition increased 7.5 percent for nonresident, non-reciprocity students last year, but the school gave waivers to hold the increase to 5.5 percent for enrolled students.

Kan said while he hopes the nonresident increase won’t hit 10 percent this fall, he still thinks it’s affordable for him and his family.

“Just thinking of the supply and demand, hoping that the [University] does not go too quickly and too aggressively on their tuition hikes because we certainly don’t want to … impede outstate students from attending our University,” Jessup said.

The University is likely raising its nonresident tuition faster than other conference schools, McMaster said, but will reevaluate its approach if demand drops.

“That’s why the strategy we’ve used so far is not to apply a dramatic increase,” McMaster said, “but to try to step-by-step increase it, see what the yield rate is, increase it again.”

Correction: A previous version of this story misstated Enoch Kan’s place of origin. Kan is from Hong Kong.