The Graduate School hosted its second annual three-minute thesis contest, with one finalist moving on to the regional competition. 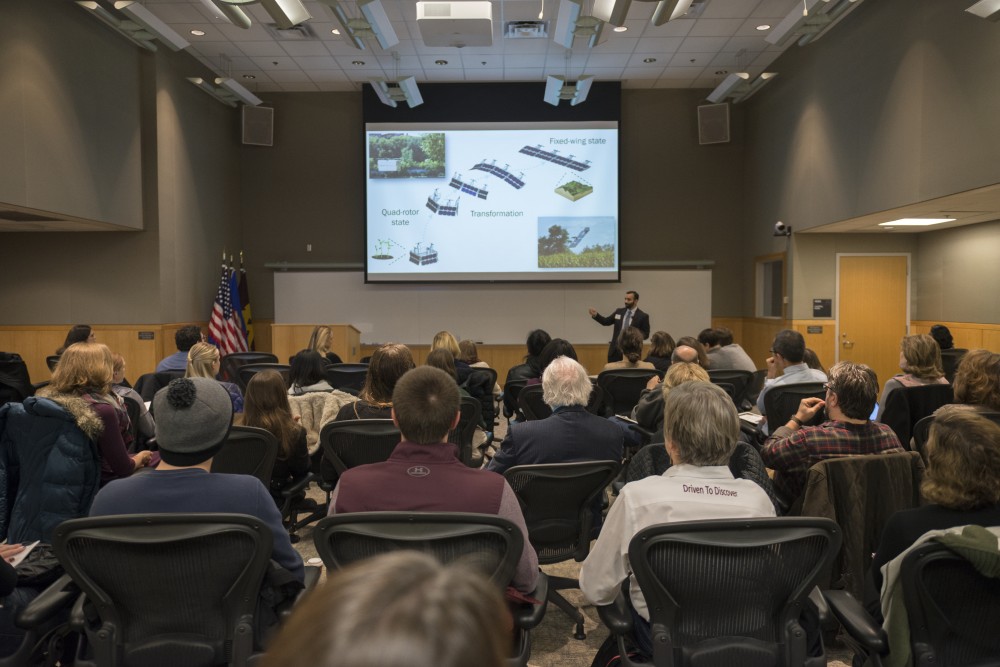 Four University of Minnesota Ph.D. students presented their thesis projects in the 3-Minute Thesis competition on Friday, Dec. 1 in Walter Library. The competition challenges students to present their research in a way that any audience can understand.

Typically, an 80,000-word thesis would take nine hours to present, but University of Minnesota Ph.D. students are cramming them into 180-second speeches.

The international competition was created in 2008 to help graduate students communicate their research to broader audiences.

“The reason it’s a fantastic opportunity is it offers an incentive for students to do what they need to do,” Cohen said.

Orr said the University has one of the highest participation numbers among other participating schools. Cohen added that around 200 other schools worldwide hold the competition every year.

“The caliber of students at this University who are competing in these things and participating… is extraordinarily high,” said Orr.

Amritha Yellamilli, a fifth-year Ph.D. and medical student in integrative­­­­­ biology and physiology, said she heard of the competition in the medical school last year but didn’t sign up until this year.

Yellamilli, who took second place and won the people’s choice award, said cutting down her thesis — which covers the characteristics of stem cells in the heart — was a daunting task.

“I wrote out what I thought would be a three-minute script,” she said. “It was definitely not three minutes. It was more like 10, and I thought I was being really good.”

In coming up with her speech, Yellamilli said it helped her understand her research better, and why it’s important.

Both Orr and Yellamilli said the process of compressing their theses allowed them to see their research from a broader perspective, rather than focusing on small details.

Even though she won’t advance past the University-level, Yellamilli said she’s still appreciative that her message resonated with the audience.

“Obviously, I was bummed that I didn’t get first place, but it was fine,” she said.

Orr, who will move on to the regional competition in Grand Rapids, Michigan in April, said she was humbled to win, adding the competition is important for both participants and audience members.

Participating in the competition gives students skills in communicating their research, which is helpful in future careers, she said.

For audience members, Orr said the competition can help explain what graduate students do and how it differs from undergraduates.

“It’s a very different kind of work that happens in grad school,” she said. “The contribution that graduate students make is tremendous.”