RiffTrax takes Minneapolis out for a night at the movies

RiffTrax commentary is an amalgamation of sarcasm, horrible movies and pop culture. 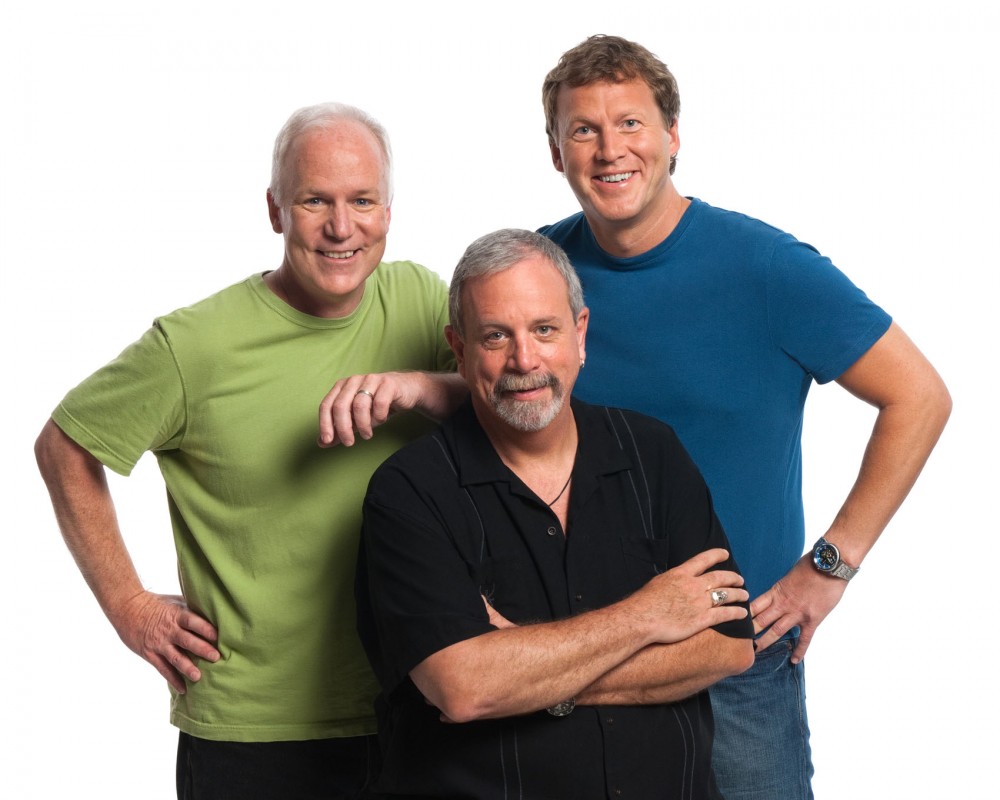 RiffTrax is, at its simplest, a group of friends trying to make each other laugh.

Under the RiffTrax moniker, comedians Bill Corbett, Michael J. Nelson and Kevin Murphy record MP3 commentaries that go along with films ranging from delightfully bad B-list movies to “Transformers: Dark of the Moon.”

“We were lured into this with liquor and money,” Murphy said of the venture that began in 2006. “But, you know, it’s fun working together.”

The three have a history of taking jabs at flicks together. They’re alumni of Mystery Science Theater 3000, or MST3K, a comedy program that aired in the ’80s and ’90s about a man and his robot friends forced to watch horrible movies in the middle of outer space. In order to maintain their sanity, the trio decimates the films with well-paced wisecracks.

MST3K ran for 11 seasons, but Nelson still had a craving for this writing after the show’s cancellation in 1999. He wanted to continue riffing on films, but he knew he didn’t have the money to afford the rights to the material, bad as that material might be.

To get around the problem, Nelson recorded MP3 commentaries separate from the movies and then synced them —technically, Nelson wasn’t using the film at all.

“I had been doing some voiceover work and thought it would be good to give the idea a shot,” Nelson said. “I was a madman alone in a room talking at bad movies for the first few RiffTrax.”

After the early recordings found cult popularity on the internet, Nelson recruited Murphy and Corbett to join him.

“Not many people wanna spend this much time with crappy films. For some reason, we had a hearty disposition with that,” Corbett said. “It’s a particular type of writing that we found we loved. It takes a lot of stamina and a certain kind of skill — it’s a big pile of jokes.”

Along with distributing commentaries, RiffTrax began mocking movies live in 2007. They stream the performances to theaters across the country, and because they broadcast the film footage with their audio, it’s more expensive to produce.

On Thursday, RiffTrax will bring “Sharknado” — a film about, duh, a tornado full of sharks — to the State Theatre in Minneapolis, and they did it with the help of crowdsourcing.

“Kickstarter was a huge help for this tour — we were able to get the rights for ‘Godzilla’ and ‘Anaconda,’” Corbett said. “Performing live is a nice change. We’re these comedy trolls sitting in our cave, so it’s fun to get out and squint in the sunlight.”

Their preparation isn’t much different than their work on the audio commentaries, according to Murphy.

“We just do a lot of hot yoga; a lot of animals get sacrificed on dark altars,” he said.

Jokes aside, the three get together for dedicated heckling time before they record anything. Nelson said they strictly script their material in order to account for the precise timing required to keep up with the pace of the movie.

“We are not smart enough or clever enough to come out with that stuff on the fly,” Corbett said. “We try to make it sound like we’re doing it off the top of our heads, but we have scripts in front of us. We’re not trying to fool anyone.”

Nelson, Corbett and Murphy stand onstage with the projection of the film, forming a peanut gallery. But Murphy said he might have some other plans come showtime.

“I will be crouching under your seat,” he said.