The Minneapolis musician’s loop-based breaks (along with some famous friends) are closing out a month-long residency on Tuesday. 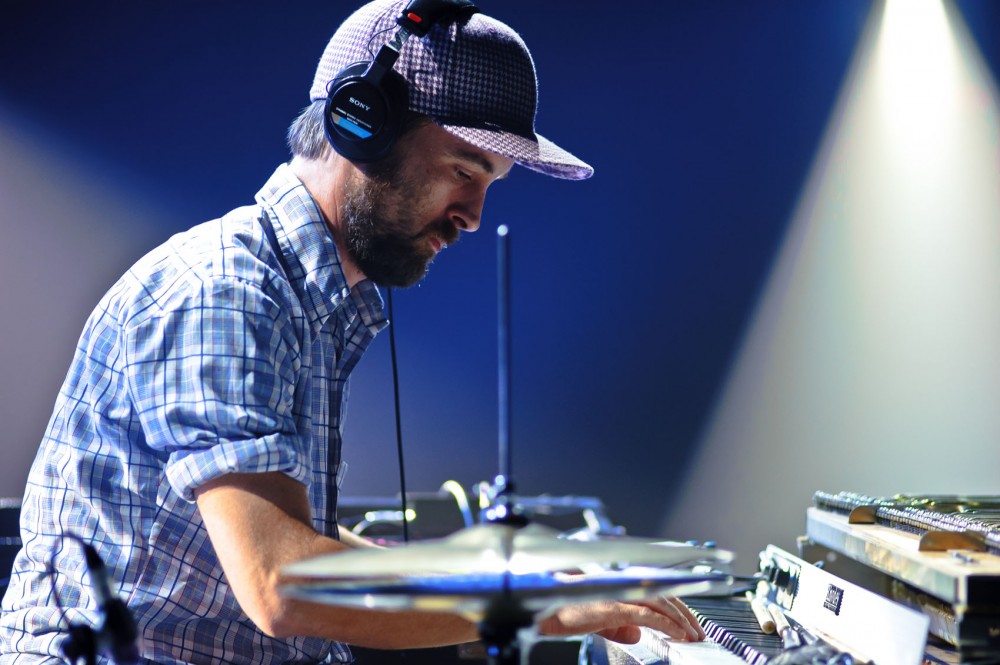 Minneapolis indie experimental musician Dosh is ending his jam and recording session residency at the Turf Club this month.

“I’m a natural collaborator — all my records have lots of different musicians playing,” the Twin Cities-based musician said.

Across albums, from his 2003 downtempo self-titled debut through his 2013 “Milk Money,” Dosh creates polyrhythmic loop work and jarring noise samples based on jams with his friends.

During his month-long residency at the Turf Club, which ends this week, Dosh booked different musicians for each show consisting of two 45-minute improvisations.

The live sets showcase his usual process for starting work on his old-school, hip-hop-influenced music.

“It’s a way to hang out with my friends — instead of doing it in my basement, just doing it on a stage,” Dosh said.

The shows feature collaborators Ryan Francesconi, Andrew Broder and Casey O’Brien, among others, and are recorded. Dosh plans to later listen to the performed jams to find licks that excite him.

“I’m not expecting the entirety of all the shows to be perfect,” Dosh said. “When I listen back, maybe I’ll hear a cool guitar phrase, keep 10 seconds of that, record [it, then] add some drums to it.”

Broder, who recruited Dosh to drum for the original incarnation of his band, Fog, said his friend’s communal spirit drives the music.

“[Dosh is] always capturing the energy of his friends and channeling that into his stuff,” Broder said. “Even if a recording he does is all him, generally he’s drawing samples from sessions he’s done with other people.”

Though Dosh echoed Broder’s assessment, he said his songs’ final tracks take a different shape from their groovy, jam-oriented loops.

“I definitely rely on other people’s ideas for my own — I re-appropriate them,” Dosh said.

“It’s fun to play around with old, cool stuff, rather than just using a laptop,” Olson said. “It’s how [Dosh] knows to do it; it gives him a certain style. Limitations make you create differently.”

Dosh has connections to his jams deeper than simply their present sound.

“I want the songs that I release — whenever I hear them back again years later, to remind me of where I was at when I made them,” Dosh said.

He’s come a long way since his first musical experiment when a friend gave him a four-track recorder to play in the late ‘90s.

After discovering the Akai Head Rush sampler effects machine — which he still uses today —Dosh avoided forming a band, as well as renting a professional studio.

“Get free Pro Tools; you can do stuff on your own for cheap,” Dosh said. “Back in the day, you’d have to book studio time and it was more daunting to try to record than it is now.”

With the prolific amount of samples on his hard drive, Dosh is Minneapolis’ basement-dwelling Fela Kuti — another one of his influences.

“He’s a pure lover of music,” Broder said. “He doesn’t discriminate when it comes to new ideas or new genres.”

Though the residency shows have included musicians who are not necessarily known for jamming (like Olson), Dosh said the shows’ unpredictability breeds creativity.

“Some of the musicians were a little more nervous than others — not everybody’s comfortable with improvising for two hours,” Dosh said. “But getting out of your comfort zone and playing differently brings cool things out of it.”

What: Dosh and friends