To keep your mind off your broken bracket, A&E has the six best events to attend over the weekend. 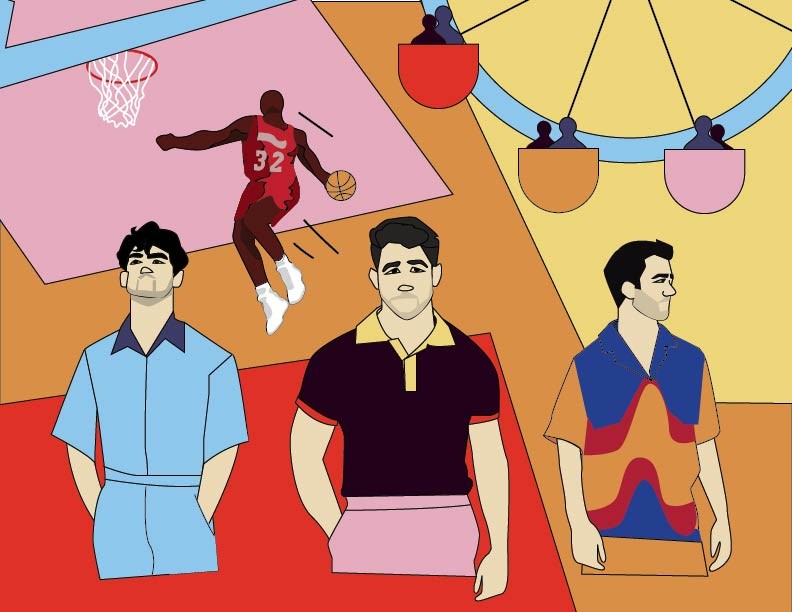 No, maybe not team-wise — but we host some of the best game day events in the nation. From the Super Bowl to the X Games, the North served up some eye-catching parties in the past. The NCAA Championship is no different.

A&E has compiled a triple double list of the events that will be on fire this weekend.

On Thursday night, the Slam Cam heads to Target Center for the College Slam Dunk and 3-Point Contest. If you’re not out of your seat with every leap, you’re doing this wrong. At this event, 24 of the best collegiate ballers in the state will go head-to-head trying to make some of the hardest throw-downs and wettest shots of the weekend. Judged by Derrick Rose and more local talent from across all Minnesota sports, this will be one hell of a way to start off the show.

3×3 Tournament at Mall of America

Friday marks the start of the 3-on-3 tournament in the Mall of America rotunda — what used to be an after-school staple just got real. Not to downplay the playground skirmishes, but 3×3 has been rising over the past decade and will now make an appearance at the 2020 Summer Olympics. Yeah, for real. At MOA, you can catch each of the conference’s top four seniors battle for a prize pool of $150,000 and a continuing career. The tournament goes throughout the weekend, so feel free to take a break and cop some Jordans while you’re out there.

Tickets were technically free, but fans had to register to be picked at random to attend. Tickets are (naturally) being resold online. Whether basketball is your thing or not, this is our generation’s teenage dream of a lineup.

When: 7 p.m. on Friday, Saturday and Sunday

Featuring “Team Cheeze-It” and “Team Pringles,” this event, which is plastered with sponsors, will take place at the University of St. Thomas on Sunday. Celebrities like Minnesota Viking Kyle Rudolph and even Caleb McLaughlin of Stranger Things will go head-to-head for a game of hoops.

Courtside will be Minnesotan-natives who competed in America’s Top Chef serving up some bleacher food during the event. While not on caliber with the main event of the weekend, this game gets fans (both of basketball and popular culture) up close and personal with their favorite personalities, making it a pretty awesome experience. Who knows, Shaq AKA DJ Diesel may spin a few tracks to get his team hyped up.

When: Noon on Sunday

No joke. A massive ferris wheel appeared overnight smack-dab in the middle of Minneapolis. This carnival behemoth lets riders experience an open air view of downtown 612. The best part? It’s free. Starting Friday, whether you’re on a lunch break or making a special pilgrimage to the festivities, anyone can hop on and enjoy this unique experience — though we recommend checking it out at night. Its dazzling lights illuminate the nearby skyscrapers and make for an urban one-of-a-kind experience. No need to drive to the boonies for Valley Fair this weekend.

When: Friday through Sunday

Of course, we have to recommend the big game. The tip off that all of this hype has been leading to is Monday at 8 p.m. The venue is set for the Vikings’ den, U.S. Bank Stadium. All year, college athletes have been working for this moment — although it feels like bracket-bearing fans are the most stressed. The lights shine on Auburn, Virginia, Michigan State and Texas Tech; the four will battle it out Saturday during the Final Four. Seat prices range and can get a little pricey, but try and make it out to the den if you get a chance — if not for the basketball, at least to witness Minneapolis in its finest light.

Correction: A previous version of this story misstated the location of the NCAA Tournament final. It will take place in U.S. Bank Stadium.