Less than half of eligible students use government food assistance, report finds 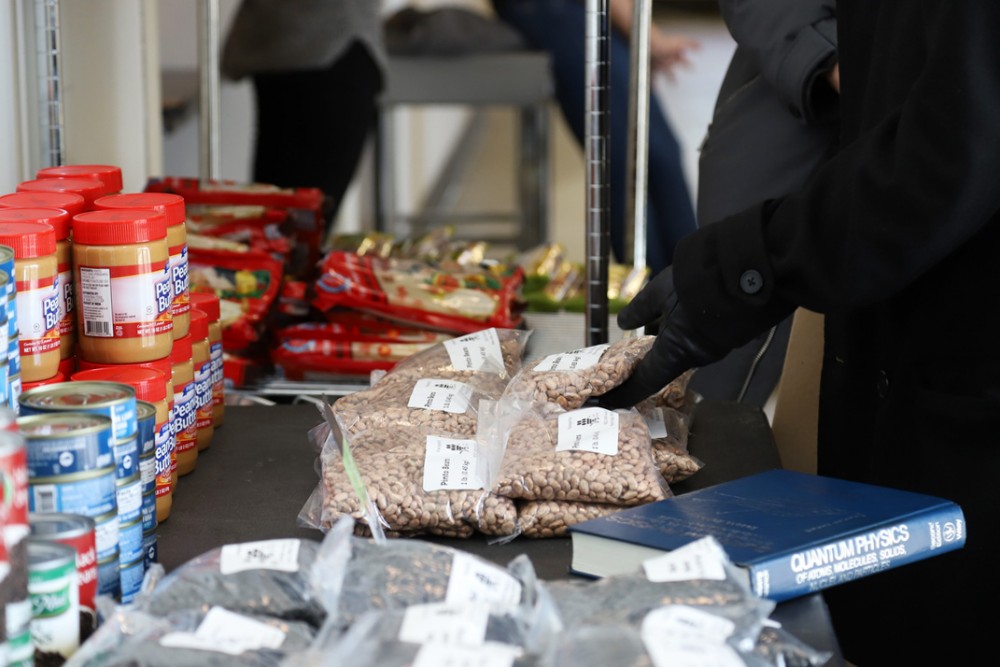 A federal study published in January showed that fewer than half of college students eligible for government food assistance benefits actually use them.

The Government Accountability Office found that of the nearly 3.3 million students who were potentially eligible for the federal Supplemental Nutrition Assistance Program, formerly known as food stamps, less than half participated in the program in 2016. The GAO recommended SNAP improve its outreach efforts to support college students.

University of Minnesota fourth-year student Kate Kuehl is one of the many students on campus and around the nation who faces food insecurity. Though Kuehl said she applied for SNAP in the past, she was turned down and didn’t know why.

In order to be eligible for SNAP, students have to be U.S. citizens, work at least 20 hours per week while making less than $1,670 per month or work at least one hour per week with a work study job, according to the United States Department of Agriculture.

Rebecca Leighton, a health promotion associate at Boynton Health, said students often do not know about what makes a person eligible for SNAP or how to go about applying. In order to combat this, Boynton Health hosts the Nutritious U Food Pantry, a space where students can get food and fresh produce free of charge once a month at Coffman Union.

According to the College and University Food Bank Alliance, there were 641 food pantries in the United States as of June 2018.

The food pantry addresses a pressing need. According to Boynton’s 2018 College Student Health Survey Report, more than one in six University students report worrying their food would run out before they had money to buy more.

One potential bonus of a program like Nutritious U is that students can retain a sense of anonymity.

Though he said he thinks food insecurity isn’t a “well-broadcasted issue,” Hasan said in the two years since its creation, the food pantry has seen more student use. On average, more than 1,000 students utilize the food pantry to get fresh vegetables, fruits and grains, he said.

“The cost of college tuition has increased, while financial aid has gone down,” Leighton said. “This change in the cost of attendance and incomes brings about basic necessity insecurities, like for housing and food.”

People often think food insecurity is synonymous with starvation, but that is not necessarily the case, Kuehl said.

However, not having a guaranteed supply of food is still an added stressor for college students, Kuehl said.

“When you’re worried about food, it overtakes your mind a lot. When you’re out and about, you can’t just pick up a snack,” Kuehl said. “You just think a lot about food almost excessively. I find when I eat, I almost overeat … because my body knows [food is] not always around.”

Kuehl said being food insecure makes her life look different from that of other college students. She doesn’t go out nearly as often as she’d like to with friends, and she doesn’t grab lunch on campus.

She suggested that to better help students facing food insecurity, the student metro pass could be extended from Stadium Village to Prospect Park so students could more easily go to grocery stores that stock fresh food and produce. She also wishes that the University and SNAP would collaborate more to reach out to students.

Leighton said going forward she hoped to address some of the causal factors of food insecurity, such as tuition and cost of housing.

Though Kuehl already has a job lined up after graduation, she said she would do things differently if she could.

“If I could redo college, I would definitely have signed up for food stamps the day I got here,” Kuehl said. “It would have made life so much easier.”