The Gophers started their Big Ten title defense with three wins in Columbus over the weekend. 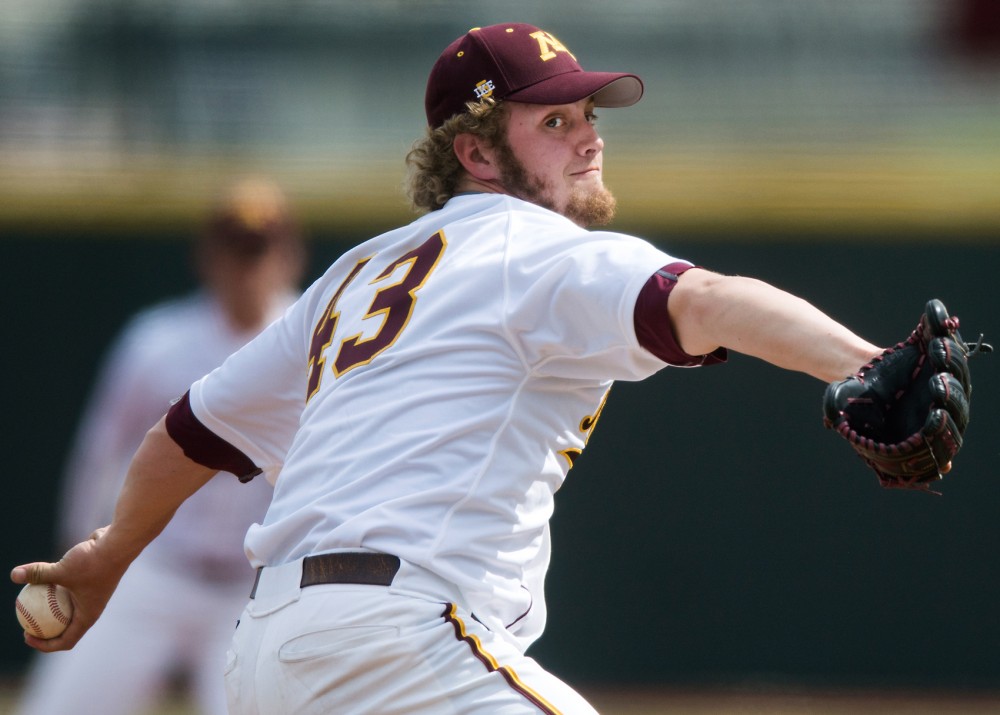 After winning the Big Ten last season, Minnesota started its title defense this weekend with a sweep of Ohio State.

Coming into conference play, the team isn’t focused on trying to repeat. They are trying to achieve their goals day-by-day.

“We’re focused on the game ahead of us, winning each pitch and then letting the outcomes take care of themselves,” said sophomore infielder Terrin Vavra.

That seemed to work for the Gophers this weekend, as they swept the Buckeyes in Columbus by a combined score of 26-12 over the three games.

The weekend started with a 5-2 victory on Friday night.

Both starters — Lucas Gilbreath for Minnesota and Jake Post for Ohio State — pitched at least six innings, giving up two runs each.

The game was tied at two going into the seventh inning, then the Gophers were able to damage the Buckeyes’ bullpen, putting up two runs in the seventh and one more in the ninth to take the first game.

Gilbreath got his second win of the season while giving up four hits, two runs (one earned) and striking out seven batters in 6.2 innings pitched.

He was a reliever last season and is now thriving in his new role as a starter.

Gilbreath said he’s been successful because he hasn’t tried to throw a perfect pitch every time he’s on the mound.

“A lot of times, guys try to get too picky,” Gilbreath said. “I know … even if they put a good swing on it, there’s a good chance somebody on my team is going to make a play out there.”

The Gophers followed up Friday’s win with two more on Saturday.

Minnesota accumulated 30 hits and 21 runs in its two victories.

Jordan Smith had two hits, a double and a home run, knocking in four runs and scoring three himself in the blowout.

The momentum carried over into the second game Saturday, as the Gophers finished the sweep with a 6-5 win.

Alex Boxwell had two RBIs in the win, including a solo home run in the fifth inning.

The lineup looked different without Micah Coffey this weekend, who was out with an injury.

Vavra led off and Boxwell hit third, which was a situation he thrived in.

“I don’t think I really changed too much,” Boxwell said. “You get pitched a little different with guys in scoring position, but I was going up there just trying to have good at-bats.”