Pearl Jam Do the de-evolution

The newest release from the last '90s grunge band standing is an "even flow" of jaded punk jams. 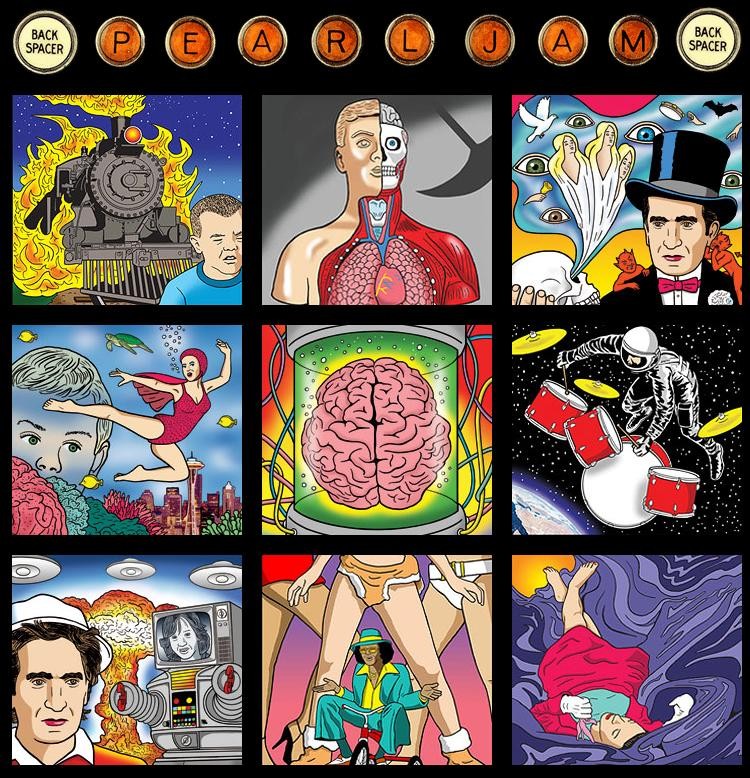 “If something’s old/I wanna put a little shine on it,” wails Pearl Jam frontman Eddie Vedder, raucously, in his Chris Cornell “I-sang-way-too-hard-in-the-90’s” growl on the band’s mildly explosive new single “The Fixer.” If the seminal survivors of the early ’90s grunge scene’s newest installment “Backspacer” says anything, it’s that that the over-the-hill rockers should instill this philosophy on their own rusty rock ‘n’ roll engines. Now, this album isn’t all that bad. There are a few moments where the old powerhouse V-8 engine that the group used to let roar in 1993 roars again, but this time theyâÄôre usually trailed by an old exhaust’s menial putter. “Got Some” finds the band reeling out the most gutteral, most explosive punk rock since âÄúVitalogy,âÄù with drummer Mike Cameron laying down a tornado drum beat that rattles windows and Vedder deftly riding a vocal wave that serves as a testimony to his resounding influence on ’00s crooners like Julian Casablancas (The Strokes) and Caleb Followil (Kings of Leon). The Buzzcock guitars on “The Fixer” make a valiant effort to spice up the jam, but the track is ultimately unable to outrun the lackluster train. Amidst the maelstrom of punk rock gut punchers, the Jam do manage to churn out a couple ballads, including the hardly Morrisonic “The End,” and the unlikely winner of the album, “Just Breathe.” With its hackneyed, easy as 1-2-3 lyrics, “Just Breathe” strangely delivers, morphing Jack Johnson’s “chill surfer” melodies with Neil Diamond’s indelible charm. The easy groove is a lucid byproduct of Vedder’s earthy swooning in his score for Sean Penn’s “Into the Wild.” Incontrovertibly, Pearl Jam has one of the strongest, most loyal fan bases in all of rock ‘n’ roll. Their millions deep, international base consists of stalwart fiends for the waves of euphoria Vedder ignites with his poignant bawls of unparalleled humanity. “Amongst the Waves” will undoubtedly appease these fiends with its inspirational vibrations that steal the listener’s breath in the same way “Given to Fly” did in 1998, and “Alive” did in 1991. This album, good or bad, is one of a graduation for Pearl Jam, and for humanity. Their last three albums, like the last eight years, were polluted by the bitter smugness that was the Bush Administration. 2002’s “Riot Act” showed a clean-cut Vedder in a grim, stone-chinned, politically frustrated yet alluringly poetic wreck. 2009 marks another of the planet’s countless changing of the guards. It has also been a graduation for rock music from the sullen rags of the last eight years, and a movement toward the hopefully less cynical horizon of tomorrow.