An owner said the economy is responsible for the West Bank business closing. 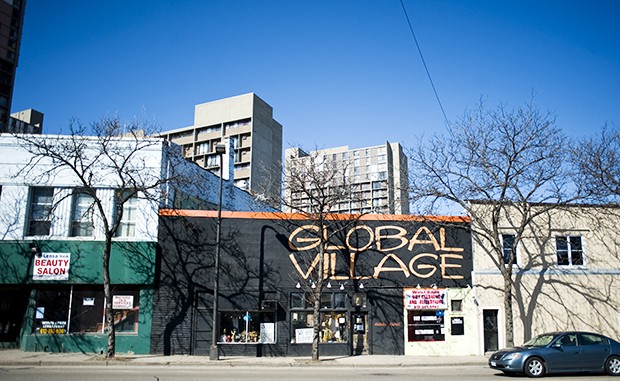 After 38 years of business, Global Village Importers in Minneapolis will close Tuesday. Located at 406 Cedar Ave. South on the West Bank, co-owner Marcia Keegan said the closing comes because âÄúsales were not there to support us and in these hard economic times, we didnâÄôt feel that we could keep up.âÄù âÄúIâÄôm broken-hearted. IâÄôm devastated,âÄù Keegan said. âÄúYou try standing here for 33 years, 60 hours a week. This is my baby.âÄù Keegan says she understands the financial reasoning behind the closing, but still finds it emotionally difficult.

From the beginning
Global Village opened in 1971 after co-owner Peter Dodge began purchasing items from Nigeria while surveying oil. He then brought them back to the United States and began selling them. Keegan has been with Global Village since 1975 and started managing in 1980. She travels once a year for three weeks to countries such as India, Indonesia, Thailand, Myanmar and Nepal, searching for items like clothing, statues, jewelry, candles, masks and other artifacts. Keegan said she looks âÄúfor things that not everybody would think was cool,âÄù but instead items with stories and history behind them. The store was a small operation, with five total employees. Employee and Arts Institutes International Minnesota student Lori Johnson worked at Global Village for the past nine months and said the place is completely different than the buildings that surround it. âÄúIt just made the West Bank more interesting,âÄù Johnson said. âÄúItâÄôs a nice place to go to, especially for the students.âÄù Johnson said what sets Global Village apart from surrounding stores is the unique items the store has to offer. âÄúEverything is so interesting to see, because you canâÄôt see it all at once,âÄù she said. âÄúYou have to keep coming back.âÄù Johnson said her employment at Global Village was âÄúone of the best part-time jobs IâÄôve had in Minneapolis.âÄù She is currently looking for another job because of the closing. According to U.S. News and World Report, the national unemployment rate is 8.1 percent, the highest since 1983, and economists predict it will reach 9 percent by 2010. MinnesotaâÄôs unemployment rate reached 8.1 percent in February, increasing from 7.5 percent in January, according to the United States Department of Labor.
Looking forward
Keegan said she does not plan on opening another store. Instead, she is more interested in doing elder and companion care with her dog Shanti, which means âÄúpeaceâÄù in the ancient language Sanskrit. Keegan also teaches ballet classes, and said she would like to continue teaching classes after the store closes. Despite the closing, Keegan said what she will miss the most about her store is traveling to various countries and having the opportunity to walk down a road in Indonesia, having people on motorcycles recognize her and call her name. âÄúI felt like I was a part of their country as well,âÄù she said. The Uptown Global Village location closed in 2006, while the Duluth store will remain open. âÄúI just want to thank everybody who supported us through the years,âÄù Keegan said. âÄúWe wouldnâÄôt have been around this long if it werenâÄôt for our great customers.âÄù