The Minnesota Daily • May 29, 2013 • https://mndaily.com/218296/uncategorized/new-vice-provost-balances-marriage-moving-new-job/ 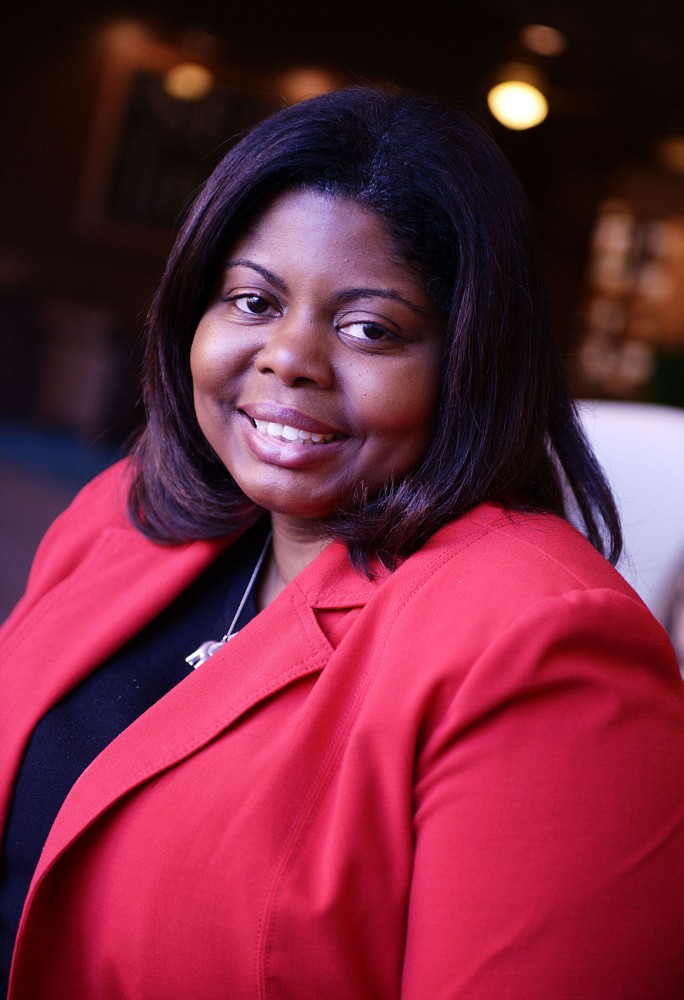 She’s planning a June wedding, moving to a new state and prepping to be the University of Minnesota’s new vice provost for student affairs and dean of students.

After a five-month search, she’ll step into the position July 31, taking over for Jerry Rinehart, who began his retirement in April after seven years in the position and 35 at the University.

Brown’s experience in student affairs and her references made her a “persuasive” choice for the position, said Senior Vice President for Academic Affairs and Provost Karen Hanson.

“She was uniformly described as somebody who was a charismatic and caring student affairs leader who had great relationships with the students [and] with her staff,” she said.

The vice provost for student affairs and dean of students oversees a “huge portfolio” of activity at the University, Hanson said, including the Department of Recreational Sports, Boynton Health Service and Student Unions and Activities. More broadly, the dean of students is responsible for ensuring student success outside of the University’s academic mission, which is still crucial for academic growth.

“This is a very big and complex place,” Hanson said. “I think she is someone who is not afraid of that challenge.”

A tradition of leadership

Brown grew up in Kent, Ohio, where she said her family were the first African-Americans to settle and had always been very involved in the community. Her grandfather was a city councilman and a member of the school board. Both of her parents were involved in their church and the community.

She recalls stepping into her first leadership role when she was elected safety patrol captain in elementary school.

“I tell people, ‘I’ve been protecting and serving students ever since I was in the fifth grade,’” Brown said.

She knew she wanted to be part of a sorority as early as eighth grade because of the impact the women of Delta Sigma Theta Sorority, Inc. had on her community. She joined the sisterhood as soon as she enrolled at Kent State University, where she started out as a secondary education mathematics major.

When she began a teaching practicum during her sophomore year at Kent State, Brown said she worked with students more outside of the classroom as she helped them cope with academic or family problems. This prompted her to switch her major to sociology with a minor in psychology.

She attended Loyola University Chicago for a master’s degree in counseling, but she said she found her true calling while completing a graduate apprenticeship in student leadership and education.

“That was my first entry into the world of student affairs and higher education,” she said, “and I fell in love with it.”

After more than a year of working as a counselor in Chicago’s South Side neighborhood, she realized how much she missed higher education and got a job at Ohio University. A year later, she began her Ph.D. work in the university’s higher education program.

Her goal was to obtain her Ph.D. before turning 32. She finished the program in three years while working a full-time job at the university and graduated in 2007 âÄï four months before her deadline.

She’ll turn 38 in August, right as students begin to move back to the University. Brown said she plans to spend that time welcoming new students and families to campus.

“I’m used to celebrating my birthday at work. My birthday celebration consists of orientation,” she said. “I couldn’t see myself doing anything else.”

Although she said she was content at Purdue University, where she’s served as the dean of students since 2011, she applied for the University’s vice provost position to put her “hat in the ring” and assess herself on the skills she’d gained during her time in administration.

“I knew my goal ultimately was to be a chief student affairs officer,” she said. “It didn’t have to happen today, but it did, which I’m grateful for.”

Before officially taking over the position July 31, Brown has a multitude of items on her to-do list — including moving to Minnesota, finding a place to live and getting married.

Brown said her fiancÃ© has always been supportive and understanding of her career, even as they maintained a long-distance relationship.

“I figured, we’re going to have all this transition,” she said. “Let’s transition together.”

Brown indulges herself in her work and will keep the University and its students “at heart,” said her fiancÃ©, John Allen, who works for the Social Security Administration and will re-locate to Minnesota with Brown after their June wedding.

The biggest part of every visit she makes to the University before finally moving here in July is getting to know the people, Brown said.

Though this includes meeting with key University stakeholders like administrators, she’ll also try to meet as many students as possible, both formally and informally.

“I’m here to be an advocate for students and be the voice for students,” she said, “so I need to get to know the students.”

During her first year here, she’ll focus on observing the University’s programs, services and culture to see what works well and what could be readdressed in the future.

“It’s not about coming in and changing anything [right away], because I just don’t know,” she said.

But one area she will address is fraternity and sorority life at the University, she said, namely by looking at why such a high percentage of the student population chooses not to be part of those organizations and working to increase those numbers.

As an active sorority member who wrote her dissertation on the leadership behaviors of members of the greek system, Brown said she believes in the underlying service, scholarship and leadership principles of fraternity and sorority life. But she stressed that students don’t have to be in a leadership position to be leaders, greek or not.

Zenephia Evans, director of multicultural science programs at Purdue, said she connected with Brown not only over being African-American professionals at the university but because they were in the same sorority.

When she began working with Brown, Evans said she immediately saw her passion for interacting with students. When it came to their sorority, she said Brown worked to get its student members to the next level of professional development.

“Interacting with her, you really see that love of the students,” Evans said. “That passion is there. A lot of people in upper administration don’t have that.”

Brown demonstrated Evans’ sentiments as she described one of the moments in her career she’s most proud of — seeing students coming across the stage at commencement.

“You know what some of them had to endure. You know their struggle … but then they graduate,” she said. “I don’t have kids, but I feel like they’re my children.”

Evans said she and her colleagues are sad to see Brown go but excited for the students she’ll go on to advocate for.

“You have those people that shine in what they do, and you’re definitely getting a bright star when you get [Dr. Brown] serving in that capacity at Minnesota.”