The Gophers are averaging 2,525 fans per home game this season. 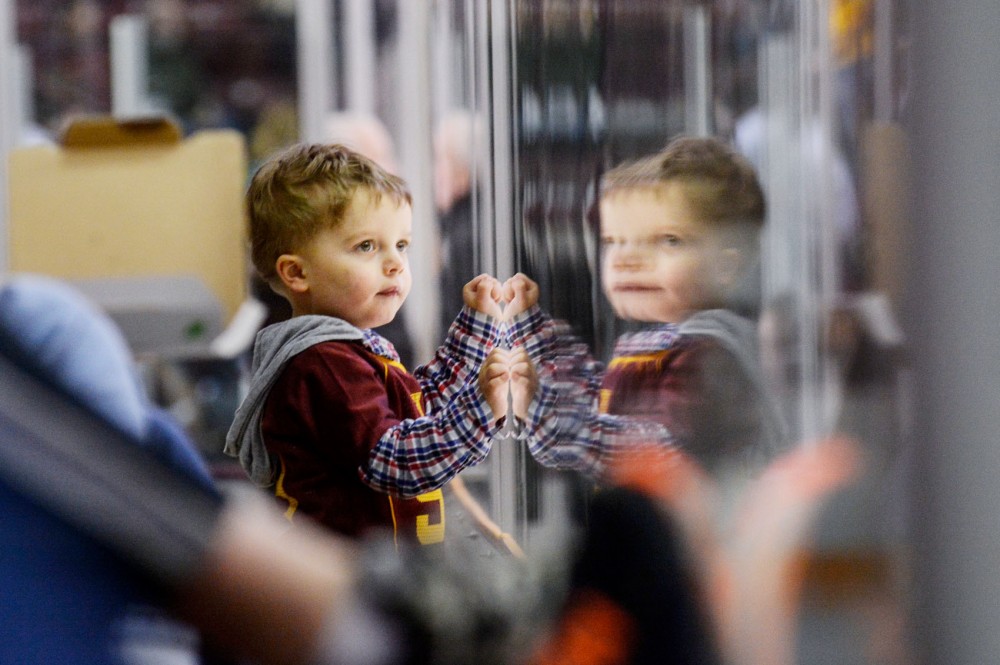 Gophers senior Kelly Terry said she thought the atmosphere at Ridder Arena during 2010-11 — her freshman year — was the best it was going to get.

But after back-to-back national championships, the Gophers women’s hockey team is drawing crowds more than three times the size of those during Terry’s freshman campaign.

“Now I look back, and it was like, ‘How did I even think that was a good crowd when … our best crowds my freshman year are the lowest crowds this year?’” Terry said.

The Gophers are averaging 2,525 fans per home game this season, a number buoyed by the team’s outdoor game Jan. 17 at TCF Bank Stadium. The Gophers drew an announced crowd of 6,623 at that game.

Minnesota head coach Brad Frost credited the spike in attendance to the team’s marketing staff, the increased involvement of youth associations and the team’s success on the ice.

Frost joined the program as an assistant coach in 2001. In those days, he said, the team got good crowds when it played rivals such as Wisconsin or Minnesota-Duluth but didn’t draw well against other teams.

“Now, we’re getting good crowds regardless of who we play,” he said.

Minnesota, Wisconsin, North Dakota and Minnesota-Duluth have traditionally seen the most robust attendance in the WCHA. All four schools are averaging more than 1,000 fans per home game this season.

This year, the eight WCHA teams combined are drawing an average of about 1,104 per fans per game.

Wisconsin leads the nation in attendance at 2,568 fans per home game.

The Gophers were out-drawing Wisconsin until last weekend. The Badgers saw a boost when they set an NCAA attendance record with an announced crowd of 13,573 during a game against Minnesota at the Kohl Center.

Minnesota freshman forward Dani Cameranesi said it was good to see that a women’s game could draw a crowd comparable to a men’s game.

The Plymouth native said she’s attended Gophers women’s hockey games since she was a child. She said she wanted to play at Minnesota because hockey is such a big deal in the state.

“So many people care about us and are backing us up at all times,” she said. “We have some super-fans who even come to our games out East, and it’s just good to know that you have that kind of support.”

Terry said larger crowds, whether the team is playing at home or on the road, help pump up the players. Still, she said, Ridder Arena remains her favorite place to play.

“Maybe I’m biased because I go here, but everything from the band to Goldy to our school songs — it’s just something that I know I’m going to look back on when I’m 85 years old and realize how fortunate I was,” she said.