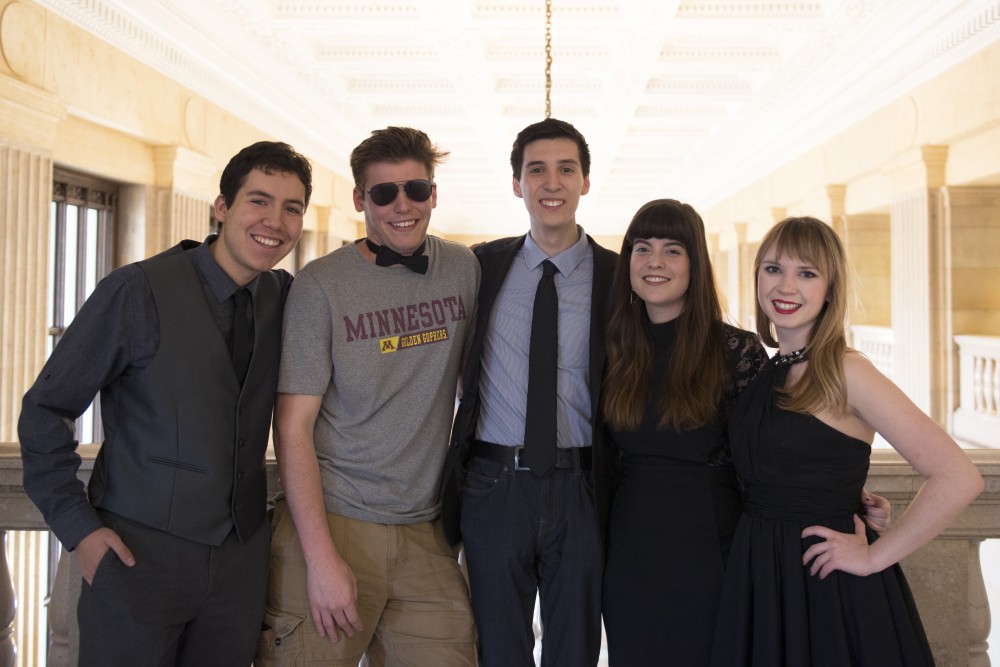 Before the dream of a debut at Sundance or Tribeca is realized, many student filmmakers set their sights on local, smaller-scale events like the Minnesota Independent Film Festival.

The festival showcased eleven student-made short films on April 21, one of which was produced by Minnecinema Studios— the University of Minnesota’s on-campus filmmaking club.

“We do have a Studies in Cinema and Media Culture major, but it’s not specifically a film major,” said Eden Palmer, the president of Minnecinema Studios and a junior studying SCMC at the University. “We wanted a space for people to be able to showcase their films, but also network with other filmmakers on campus.”

Minnecinema Studios accepted eleven short films into the festival, all of which presented a range of student talents.

“I think every film that we’re screening is cohesive and well thought through,” Palmer said. “We always try to get a range of films … I think our longest film ended up being 15 minutes long.”

Given that Minnecinema Studios is a large student group, their filmmaking crew can vary from 20 to 40 people any given day of shooting.

To accommodate so many budding filmmakers, Minnecinema Studios approached their filmmaking process with all hands on deck.

“We always try to give everyone the opportunity to handle equipment,” Palmer said. “We want people to learn, be on set and then hopefully take those experiences to their own sets.”

Courtney Reistad, an SCMC junior at the University, presented her own narrative short film at the festival.

Reistad turned to her family and a roommate in the University’s BFA acting program for help, and created the film over the course of two and a half months.

“It’s a goofy story. It follows a girl [who wakes up from a coma]. She is told that she needs to go to a group for people going through similar experiences, but she goes to a bingo club instead and meets some interesting people,” Reistad said.

Just one short year away from graduation and the start of a filmmaking career, Reistad appreciated the opportunity for feedback on her work.

“I think one of the most important things for filmmakers … is the distribution of their films,” Reistad said. “Being able to see what an unbiased audience thinks [and] hearing their reactions are always equally important in making meaningful media.”

Peng Wang, a senior majoring in SCMC at the University, also screened his short film, which he made last year, at the festival.

Wang found character inspiration listening to the piano players in Coffman Union and in his own difficulties communicating as a non-native English speaker.

“Nobody cares about [the character’s] language, and no one cares about his music in Coffman,” Wang said. “One day he finds a girl who plays the same music as him in Coffman. … They can understand each other, even though they don’t have the same language.”

For emerging filmmakers like Wang and Reistad, the Minnesota Independent Film Festival offers the opportunity to hear vital feedback, allowing them to keep growing and improving as artists.

“It was a good experience because you can show your work on a big screen,” Wang said. “I always want to make a better one to show people … so it’s always good to hear what people think about your work.”