U considers new ways to pay for new clinic

The current facilities are over patient capacity by more than 300,000 per year. 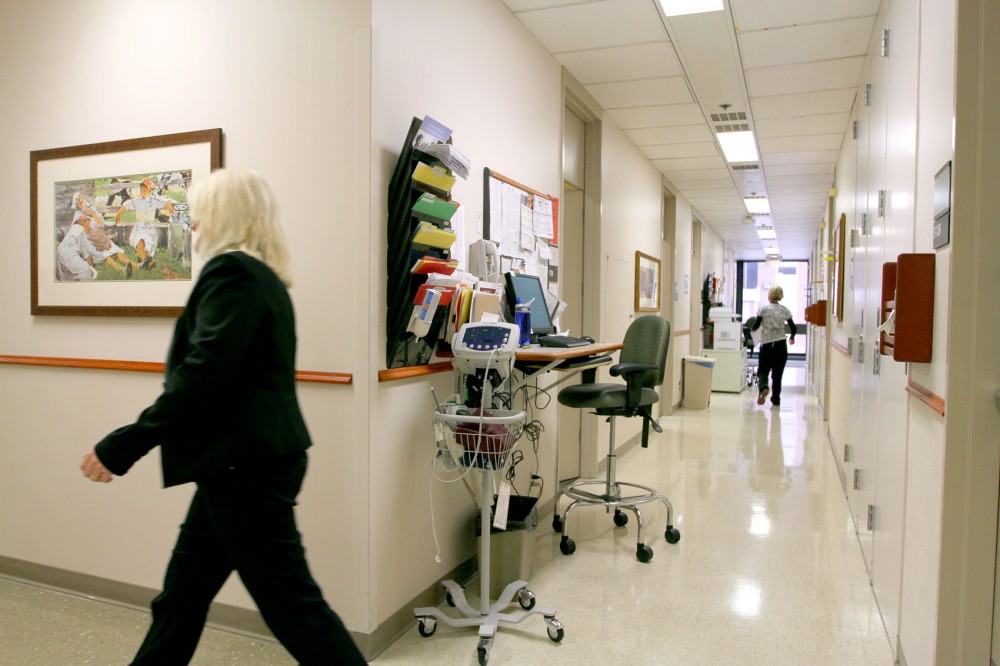 After more than a decade of delayed plans, the University of Minnesota is still committed to building a new Ambulatory Care Clinic, but University officials are now considering a creative way to fund the project.

The latter option has never been done at the University, Chief Financial Officer Richard Pfutzenreuter said. But because of the project’s size and scope, it’s being discussed.

“No one party can do it alone,” Pfutzenreuter said. “The project desperately needs to get done.”

More detailed plans will be brought forth to the Board of Regents for further discussion in March.

A decade of delays

The project, which the University hopes to keep under $200 million, has continually been delayed because of financing issues, Pfutzenreuter said.

Most recently, the Ambulatory Care Clinic was left off of the University’s capital request this year partially because of its sheer size.

The University requested approximately $170 million for construction projects from the state in the bonding bill. Gov. Mark Dayton’s recommendation for the school’s total request cut that amount by more than half.

The University had projected to split the cost of the clinic 50-50 with the state.

The project didn’t make it on the University’s capital request because the plans hadn’t come through in time. The University also realized that it wouldn’t be able to pitch in half of the cost, Pfutzenreuter said previously.

“It’s a complicated project. I think we will find the way to accomplish this without needing state support,” Pfutzenreuter said.

Though acquiring state money would have made funding the project easier for the University, he’s optimistic that the University will find a way with its latest discussions.

About two years ago, the University tried to fund the project with a $150 million federal grant. A project in Ohio trumped the University, and the Ambulatory Care Clinic went back to the backburner.

The University attempted to partner with Fairview and UMP more than six years ago, but the recession in 2008 halted the project again, Kathleen O’Brien, vice president of University Services, previously told the Minnesota Daily.

The Phillips-Wangensteen Building, which currently houses the clinics that will occupy the new center, has a capacity of 150,000 patients a year, Chief Operating Officer of UMP Mary Johnson said. That capacity is currently being exceeded by more than 300,000 a year.

“It was built in 1974 and totally outdated,” Johnson said.

The current layout of the Phillips-Wangensteen Building is inconvenient for patients and physicians, with clinics too spread out from each other and workstations located in the hallways.

The facilities are also too outdated to “adequately train students,” Johnson said.

She said that the new site plans would create a layout that allows more collaboration with clinics positioned closer to each other.

Physicians working in the building have voiced their desire for a new clinic because the current facilities negatively impact their ability to teach, she said.

Though patient satisfaction results overall are high, there have been complaints about the facilities, Johnson said.

Patients have been further inconvenienced by light-rail construction. The clinics try to mitigate that by providing more services like valet parking, which has increased since construction began.

Physicians, nurses, students and patients have been making do for some time, Johnson said.

“This time around we will be able to make a go of it,” Johnson said. “All three partners are very