While the University vies for more state funding, it struggles to express why it needs money more than the system with more state schools in MN. 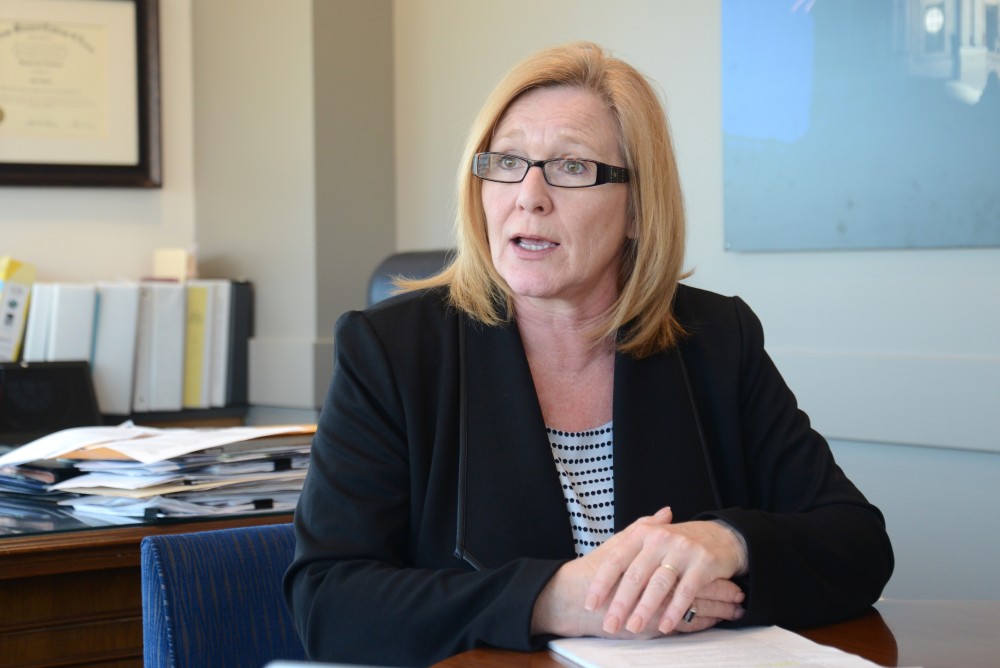 But the University’s budget request, which includes a $147.2 million increase for initiatives, may take a backseat to Minnesota State this year, which legislators say is in worse shape. Minnesota State — formerly called Minnesota State Colleges and Universities, or MnSCU — is under pressure from enrollment issues and other system-wide challenges like financial woes, said Rep. Bud Nornes, R-Fergus Falls, chair of the House higher education committee.

“For that reason, you want to help them as much as you can to make sure that the campuses and the programs and everything is stable,” Nornes said.

Minnesota State asked for a $178 million increase in state funding this session.

The larger Minnesota State system serves almost 400,000 students at 30 colleges and seven universities across 54 campuses. The University has five campuses with more than 67,480 students.

University officials need build trust with lawmakers, justify why their funding requests are necessary and change how they’re presented to lawmakers, Nornes.

“The University traditionally has, more or less, had the president do the speaking and maybe a financial person kind of filling in,” he said. This can turn legislators off from the University’s needs.

Minnesota State took a more personal approach in its budget presentation to the House higher education committee, he said, with students and faculty who shared their stories.

“You get a better feel when you’re listening to the real people out there in the real life, or beyond say, the central office,” Nornes said.

Dean Johnson, chair of the University’s Board of Regents, said the University made a “strategic error” in its approach, adding he’ll meet with President Eric Kaler this week to discuss tweaking the presentations.

“It’s about students and faculty, and it’s not about administrators,” he said.

However, at the most recent House higher education committee where the University presented its budget request, students, faculty members and a state county commissioner, among other, testified on behalf of the school.

Legislators may also be more inclined to fund Minnesota State because it’s state-owned, while the University is a land-grant institution, Nornes said.

Some regents think a disconnect between rural and metro legislators factors into funding considerations for the two systems.

“It’s not healthy for the state to have that sort of partisan divide based on geography and then having money follow in that manner,” Beeson said.

Both schools should receive fair treatment, he said. “I don’t think we should pit Minnesota State versus the University of Minnesota.”

Still, weighing funds for each system is a “delicate balance” because both have unique needs, said Sen. Michelle Fischbach, R-Paynesville and chair of the Senate higher education committee.

“I personally want to hear about how the money that they’re asking for is going to help the students,” Fischbach said.

But the University and state’s relationship tends to fluctuate, she said, and the recent athletic scandals don’t help the school’s standing with legislators.

Nornes said he’d like to see the University use state funds to flatten tuition rates to gain trust with legislators.

“That would build so much public relations and confidence … within the legislature that they are really doing their part,” he said.

Kaler said Wednesday tuition will likely increase this fall for resident and nonresident students, even if the budget request is entirely funded.

Editor’s note: a previous version of this story didn’t mention a House higher education committee meeting held after sources commented on the University’s budget presentations to lawmakers for the Minnesota Daily. That hearing included testimony from students, staff and faculty members and a Minnesota county commissioner.