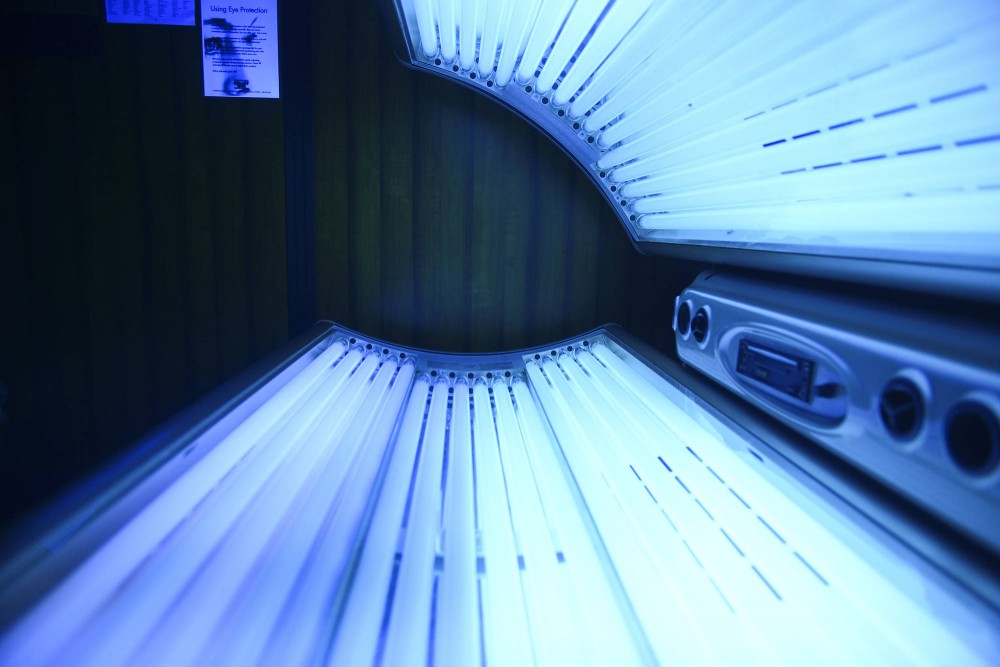 A tanning bed at U-Tan in Dinkytown on Thursday. Minnesota will ban indoor tanning for minors under the age of 18 starting Aug. 1.

The harmful effects of using tanning beds have pushed elected officials to pass a new law that steers young people away from achieving the faux bronze glow.

A new regulation to curb young people’s tanning habits takes effect in August. Many support the change, as research shows unsafe exposure to ultraviolet rays can lead to poor health conditions and any effort to push people away from using the beds is beneficial.

And even among tanners in the University of Minnesota area, the desire for having golden skin tones isn’t always driven by aesthetic reasons, and they say it’s important to practice safe tanning.

Starting Aug. 1, Minnesotans under 18 will no longer be able to use UV tanning beds because of a new law. Most states regulate tanning bed use, and with the change, Minnesota joins seven others that have the age requirement.

The number of young women diagnosed with melanoma in the state is increasing by about 5 percent each year, according to the Minnesota Department of Health.

Minnesota Sen. Chris Eaton, DFL-Brooklyn Center, who authored the bill, said the law’s purpose is to stop the habit at a young age.

“We figure by 18, you’re old enough that you don’t want to damage your skin,” Eaton said.

“I think it’s smart,” she said. “People under the age of 18 might not know how to be safe with [indoor
tanning].”

It’s a common misconception that tanning is only harmful when you burn, said DeAnn Lazovich, an associate professor of
epidemiology at the University.

When skin is tanned, the body’s response is to produce the darkened color in our skin — called melanin — to protect other skin cells, she said, and that can lead to skin cancer.

“A tan — whether you burn or not — that’s your body’s natural defense to protect cells from further damage,” Lazovich said.

The risk of forming skin cancer from indoor tanning is especially high for women ages 26 to 30, according to Lazovich’s unpublished research.

Her research, which studied Minnesota women under the age of 30 with melanoma, found that nearly all the study’s participants had tanned indoors.

Kinesiology sophomore Andrea Harpestad’s own experience has steered her away from indoor tanning.

Harpestad used tanning beds in the past, she said, but stopped a couple of years ago after she was concerned about some moles she found on her skin.

“My cancer awareness went up,” she said.

Harpestad now gets spray tans, which she said is a safer alternative.

Native American studies sophomore Kendyl Reis was diagnosed with depression about a year ago and said she uses UV tanning to combat her disorder during in the winter months.

“It gives me vitamin D and helps me sleep,” she said.

Though the reasons for tanning are wide-ranging and safer alternatives, like self-tanning lotions and spray tans exist, Lazovich said tanned skin shouldn’t be the standard for beauty.

“We need to start to figure out ways to think that our natural skin color is just fine,” she said.