Whether stopping pucks or putting them through the net, Sierra Smith does it all for Minnesota

On her fourth ever shot taken, she netted her first collegiate goal on Friday. 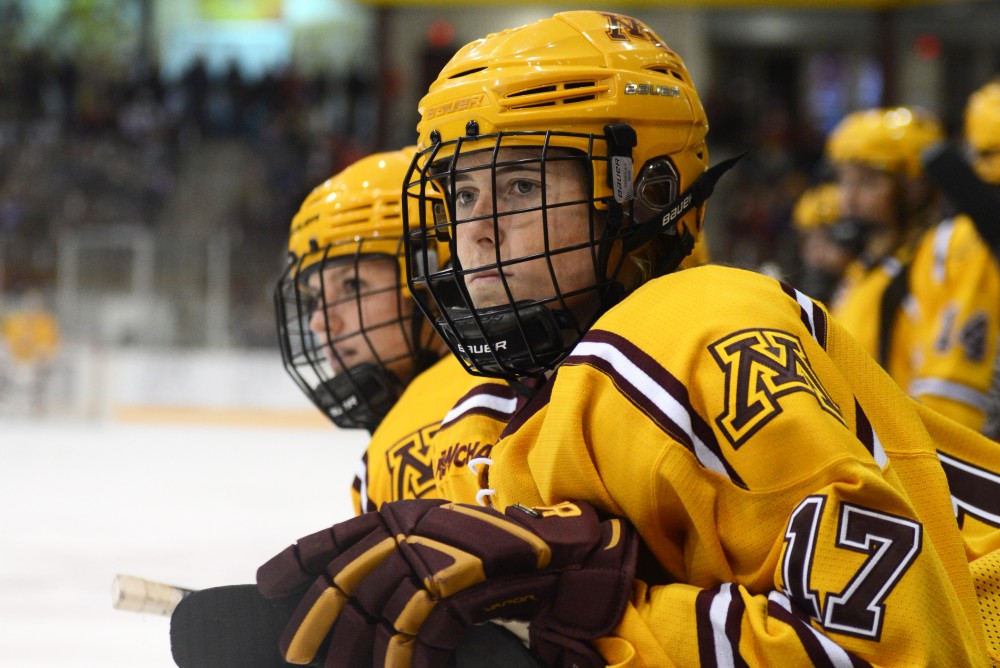 When the Gophers found themselves down a goalie, they asked Sierra Smith to dress into unfamiliar gear and get behind the net.

Fast forward to this past weekend against Mankato, where instead of being in goalie pads, she was scoring the first goal of her collegiate career. Off a pass from teammate Jackie Pieper, Smith split the defense and beat the goaltender to help extend the Gophers lead in highlight-reel fashion. She was swarmed by her teammates and tackled to the ground. She had only played in 15 games coming into the past weekend in Mankato.

“She is a junior and hasn’t played a lot, but to have the opportunity to play to make her mark and score her first goal was really a special moment certainly for her and for our whole team as well,” head coach Brad Frost said.

That moment came as she scored on her fourth shot ever taken in her Minnesota uniform. After the goal was scored, the team erupted with joy on the bench. Frost said when the players were coming through the line, some of them had tears in their eyes because of how happy they were for Smith. It was a validation of the hard work that players that don’t get as much ice time put in day in and day out.

After the game she said received texts from friends and family, including Kelly Pannek, Lee Stecklein and Hannah Brandt which she said meant a lot.

“There has been a lot of hard work throughout the past two years and it was nice to finally get rewarded for that,” Smith said. “But I think the most exciting part was seeing everyone and the joy they all had around me,” Smith said.

Smith began her journey as a hockey player in Texas, where she grew up before moving to the Stillwater area. She started playing hockey after she watched the Dallas Stars win the Stanley Cup.

In Texas, her older brother was the only hockey player she knew well. She learned how to play the game by playing with him and his teammates. At Stillwater, she was named All-Conference Honorable Mention twice before receiving All-Conference her senior year.

She has become a role player for the Gophers, which often times does not come with a lot of flair, but is meaningful to a team. Frost said that role players create the energy, they bring the encouragement and they work hard in practice.

“She is a really good role player, she still makes us better in practice, she makes us better in games too by keeping up the energy on the bench,” said fellow junior Sophie Skarzynski. “She probably has one of the best team first attitudes I have seen in my hockey career.

As for how Smith can build on this new found success, she will continue to do what she has been doing for the last two years.

“Nothing will change I will just keep doing what I am doing, whenever I get the opportunity I will work my hardest,” Smith said.